With the Queensland Government now considering options on a cash for containers scheme and banning problematic plastic packaging our campaign is building again. Plastic bag free Livingstone, a community organisation based in Yeppoon has organised a parliamentary petition calling for a plastic bag ban. This is an important petition as it is sponsored by the State MP for Keppel and will be tabled in Parliament. If you are a Queensland resident, can I urge you to sign the petition?

With community support, this will put us on schedule to have a cash for containers scheme and bans on problematic plastics introduced to Queensland in 2017. That is the goal.

We are now seeing the ramping up of community action in support of our campaign. These are important events. They build profile and, significantly, they put pressure on local councils and State MP's in those areas to support litter and plastic pollution reductions. It is apparent that, with a few notable exceptions, our elected representatives are very quiet on these issues, beyond making motherhood-type statements about litter. We need them to actively support their communities and back both plastic packaging bans and a cash for containers scheme. Join our next event if you can! 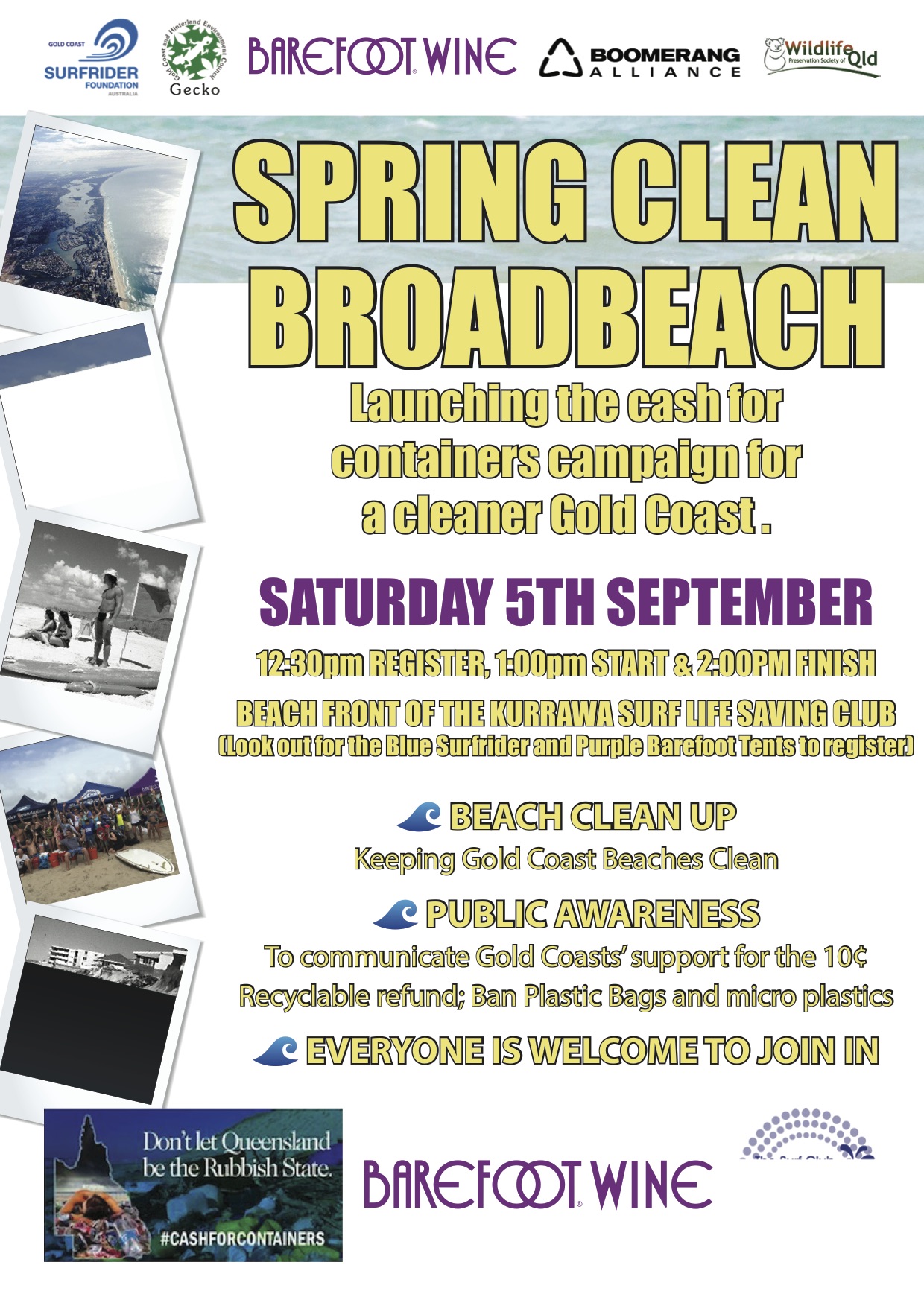 Thanks for being part of this campaign, we are making a difference.....and please sign the petition.