In March 2022 the Tasmanian Parliament passed its Container Refund law. A last ditch effort by Coke to amend the Bill and stymie recycling and litter gains was successfully opposed. In April the government issued an EOI for the Scheme Coordinator and Network Operator. Operation will begin in 2023.

For more information on the Tasmanian Government plans: https://nre.tas.gov.au/environmental-management/container-refund-scheme

Despite Tasmania’s pride in its pristine environment and relatively untouched wilderness areas, it was one of only two states in Australia in 2018 that had not committed to implementing a Container Deposit Scheme to reduce the amount of container litter escaping into the environment.

There was a growing problem with beverage containers in Tasmania, borne out by Clean Up Australia’s 2018 Rubbish Report. The report showed that beverage containers and ‘beverage rubbish’ made up 48.2% of the total litter surveyed in the 2018 Tasmanian count. And what’s more, containers and ‘beverage rubbish’, as a proportion of all rubbish reported, increased by more than 30% on 2017 figures. (View Clean Up Australia’s 2018 Tasmania snapshot report)

After nearly 15 years of contemplating a CDS, the Tasmanian Government funded yet another study in 2018, into the viability and format of a state-based scheme. Then in June 2019 the government announced a CDS will start by 2022.

In 2021 Tasmanian ALP were lobbied by TasRecycle lobby group (which was established and funded by Coke and Lion) and they call for an Upper House Enquiry in the Container Refund Bill. BA called this a monumental waste of time and lobbied against it into early 2022.

The next phase is to get the best possible scheme. Now you are getting a Container Deposit Scheme in Tasmania, contact the Environment Minister, Elise Archer and let her know you want the best system possible.

Below is an example letter that you can send to the Environment Minister for Tasmania.

The Hon Elise Archer MP
Minister for the Environment and Parks

I support your decision to introduce a 10c refundable deposit on bottles and cans to clean up litter and increase recycling in Tasmania. I am glad the Tasmanian Government has moved forward, passed the Container Refund Bill and not given in to industry pressure which would have caused delays and created an inferior system.

I support a modern, efficient, convenient and low-cost container deposit system. The social and economic benefits include more jobs in local resource recovery and a new source of income for charities. The environmental benefits are enormous with less plastic and other pollution in our waterways, parks and roadsides.

The best way is for the scheme operators to have clear commitments to maximise recycling and consumer convenience.  A scheme run by the beverage industry will be influenced by their focus on industry profits (for example keeping a large amount of unredeemed refunds) and lead to an inferior program.

I call on you to introduce a best practice 10c refundable deposit on bottles and cans in TASMANIA – to reduce the litter and increase the recycling of beverage containers. 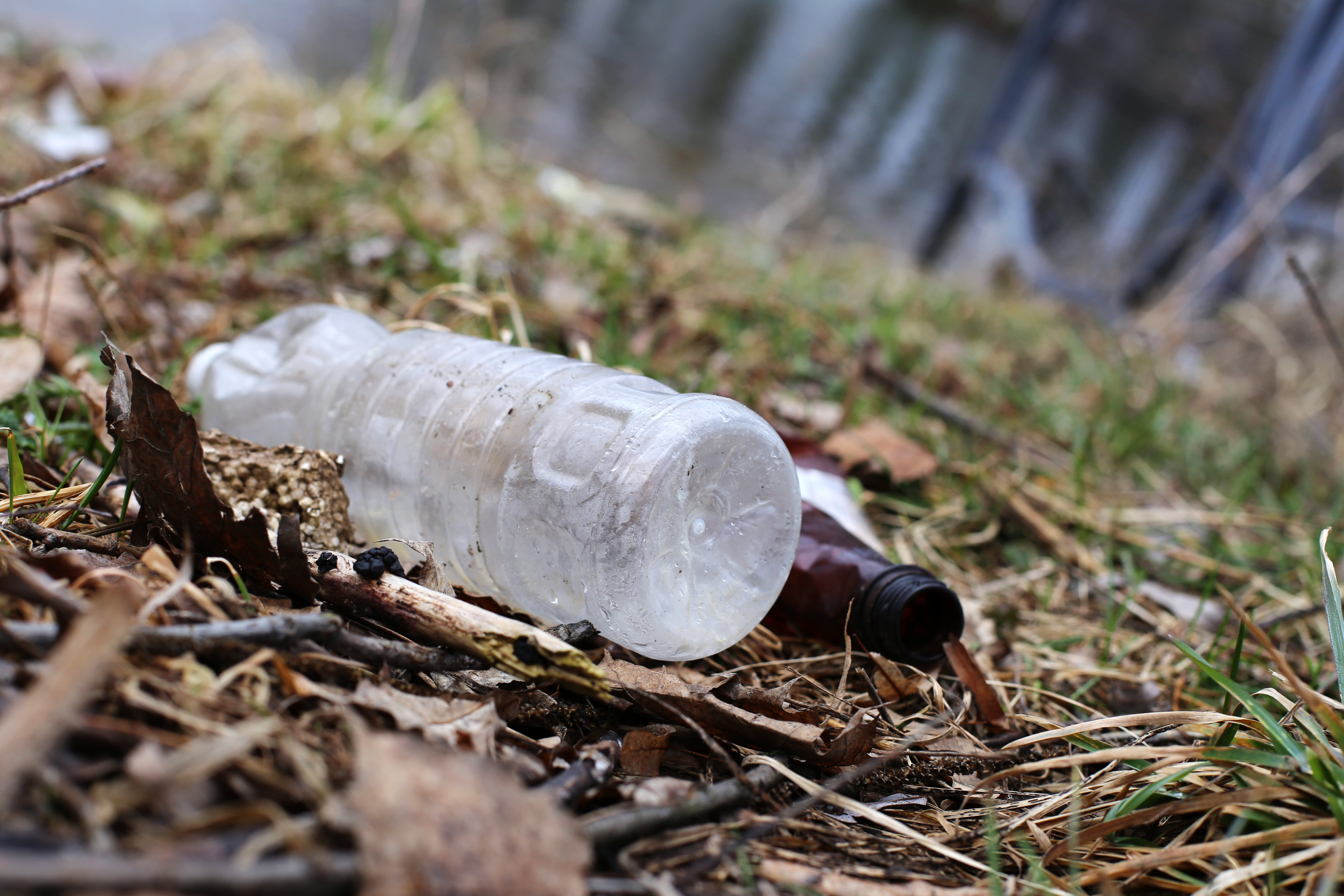 Our aim was make Australia be the first continent on the planet to adopt Cash for Containers – and we are now almost there! Starting with South Australia in 1977, and followed by the Northern Territory, NSW, ACT, QLD and WA. Early March 2022 saw the Tasmanian Parliament pass its Container Refund Scheme Act (Coke made an unsuccessful last ditch effort to stymie the Bill) and it now joins Victoria planning to introduce the scheme in 2023 when we will be able to declare a continental Cash for Containers.

We know that a Cash for Containers scheme slashes litter rates; increases beverage container recycling and jobs; and provides opportunities for community-based fundraising.

This problem really began in the 1970s when beverage companies like Coca Cola introduced the 'disposable' drink container, ending the returnable bottle system which had put a refundable deposit on each bottle – known as a Container Deposit Scheme (CDS). As these 'disposable' containers flooded the market, the litter plague quickly overwhelmed parks, waterways and public spaces. The community called for the return of the ‘bottle deposit’ but governments and industry instead blamed the consumer for discarding single-use containers, and they funded anti-litter campaigns instead and shifted the cleanup costs to councils and ratepayers.

Nevertheless, local councils and communities across Australia continued to fight with catch cries including ‘Bring Back the Deposit’ and 'We Want Cash for Containers'.

What is a Container Deposit Scheme?

Container Deposit Schemes (also known as Cash for Containers, Container Deposit Legislation or Container Refund Schemes) involve the addition of a small, refundable deposit being added to the price of a beverage at the point of sale. Once the beverage has been drunk and the container is empty, consumers and collectors can then return the container to a collection point, where they receive a refund of the deposit. It aims to reduce the amount of beverage container litter and increase the amount of recycling by using a financial incentive (10c in Australia).

Despite what some naysayers might want you to believe, a Container Deposit is NOT a 'tax'. The government does not get the money and the entire deposit is refunded when the consumer returns the container to a collection point for recycling.

What are the benefits of a Container Deposit Scheme?

Container Deposit Schemes have environmental and social benefits. These include:

Currently wine and spirits are not included in the CRS/CDSs - we are lobbying for their inclusion.

Learn More About Cash for Containers Around Australia

>> See all our resources on Cash for Containers

Over the last 16 years, tens of thousands of people have helped our Cash for Containers campaign with letters to and meetings with MPs, signing petitions, media events and actions, community stalls and clean-ups; and we have lobbied governments; countered industry misinformation; and developed a best practice Container Deposit Scheme.

2004 – 05: National Packaging Covenant (NPC) is renewed. It was the weak industry alternative to regulation like a CDS. We fight for targets and succeed – but the NPC was never going to work. Ministers warned a CDS could be around the corner.

2008: WA election. The then ALP Government promises a CDS after a positive taskforce inquiry, but delays a commitment. However, they were voted out. The drinks industry runs an effective insiders and public campaign, threatening marginal seats.

Mid-2010: Environment ministers meet in Darwin under federal minister Peter Garrett and announce a national study… the first of three. Initially, it was into beverage containers including a CDS, but then got expanded to all litter – a common tactic to diminish the importance of container deposits.

February 2011: After a brave campaign by the local community – with our participation – the NT Parliament unanimously passes its CDS law.

January 2012: The NT CDS is implemented.

December 2012: Coca Cola, Lion and Schweppes challenges the NT law in the Federal Court (surely one of the most unpopular corporate actions in recent years).

February 2013: Queensland signs up to the National Bin Network – the industry’s latest alternative to a CDS – the day before environment ministers meet to discuss a national regulatory impact statement into options to deal with beverage and other litter. Despite this potentially fatal move by Queensland and the industry, the ministers still proceed to the formal review process of a broad range of options including a CDS.

March 2013: Coca Cola win in the Federal Court and cancel their participation in the scheme, hoping it will collapse. However, the NT Government financially backs the CDS by supplying redeemed deposits/handling fees as they seek to remedy the process flaw in the law and obtain mutual recognition from all the other states. Once achieved, there is a full restart in August 2013.

November 2014: As the Vic election gets close, Napthine loses courage, no doubt in the face of bad polls and industry threats to campaign on the (alleged) consumer cost of a CDS.  Also the Commonwealth government ignores calls for national scheme.

However, we don’t give up! We push on – now fully focussed on getting state-by-state adoption of CDS with the Commonwealth path now deemed fruitless.

January 2015: QLD election, an ALP minority government is elected and implements its policy to investigate a CDS. LNP Opposition gives bipartisan support in 2016.

April 2016: The Senate Inquiry into Marine Plastic reports endorses our solutions including demanding all states have a CDS by 2020 – otherwise the federal government should do it for them.

June 2016: The QLD Government announces it will start a CDS in 2018, harmonising with NSW.

August 2016: WA Government announced it will implement a CDS.

September 2016: The ACT Government announces that the ACT CDS will commence early 2018.

December 2018: The NSW CDS reaches its first birthday and a milestone of 1 billion containers redeemed. Boomerang Alliance releases its report into the first year of operations, which can be downloaded by clicking HERE.

March 2019: The WA legislation passes parliament with the CDS to start in early 2020.

November 2021: Tasmanian ALP are lobbied by TasRecycle lobby group (which was established and funded by Coke and Lion) and they call for an Upper House Enquiry into the Container Refund Bill. BA calls this a monumental waste of time and successfully lobbies against it in early 2022.

March 2022: Tasmanian Parliament passed its Container Refund Law and is planning to introduce the scheme in 2023. A last ditch effort by Coke to amend the Bill and stymie recycling and litter gains was successfully opposed.

2022: The Victorian and Tasmanian governments issued EOIs for the Scheme Coordinator and Network Operator which will then lead to a call for formal tenders. Operations will begin in 2023.