The bumpy road to container deposit in NSW

The NSW Container Deposit Scheme (Return and Earn) started on 1 December.  It’s the first modern scheme in Australia (there are older systems in South Australia over 40 years ago and the NT in 2012).  Not surprisingly there are implementation issues we are learning about fast – lessons Qld and WA which are also introducing schemes are watching closely.

It was a hard fought and long battle to get the CDS up with the vast majority of the community confronting the beverage industry.  Even when Premier Mike Baird announced an election commitment in early 2015, the Advisory Committee set up soon after had to debate for a year whether we should have a deposit scheme because the Premier’s media release said the government would consider ‘better alternatives’.  There were none especially on environmental grounds as CDSs around the world are proven to massively reduce bottle and can litter.  And a recent benefit cost study by the EPA found a benefit of $1.33 for every $1 of cost. 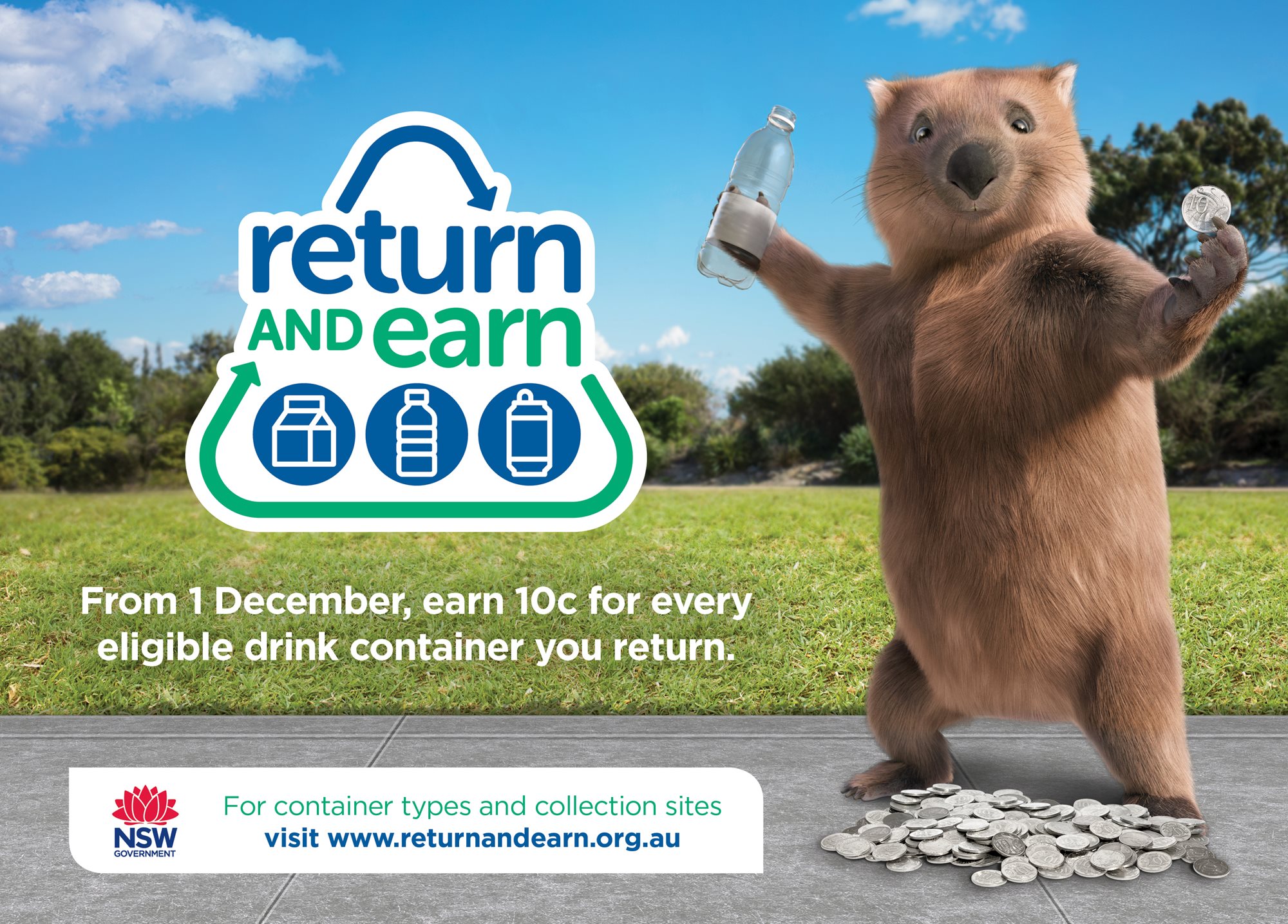 The legislation passed with unanimous support in Parliament; legally binding contracts have been signed with the Scheme Coordinator and Network Operator; and collection points are being rolled out.

The time to install collection sites has been short and the initial commitment of 85% of the proposed 500 by 1 December has been reduced to less than 50%.  It was never possible to have all sites in place on Day 1 and evidence from schemes elsewhere shows, there is a gradual process as the best sites and customer demand are proven over time.  Nevertheless some consumers will justifiably be frustrated but it doesn’t mean you lose the value of the refund – the containers can be stored.

The convenience of collection points has always been a very important issue.  Unfortunately governments rejected our long held position that the best approach is that retailers (above a certain size) should be mandated to redeem refund vouchers, thus integrating with regular shopping trips.  So instead of the ad hoc, voluntary (and welcome) involvement of Woolworths we are now seeing – we would have had earlier and more coordinated retail involvement across the sector for the establishment of reverse vending machine kiosks in nearby car parks.

The deposit is not a ‘tax’.  The government does not get the money and you can refund the entire amount.  If you put your drink containers into the kerbside collection or donate them, it’s your choice.  Those that don’t refund or donate, are rightly paying for the costs of cleaning up the litter.

One issue that is causing angst amongst smaller beverage producers and outlets is the imposition of an advance payment of the refund and handling fee.  While this is absolutely necessary to build up the trust fund from which refunds and costs can be paid out from Day 1 – a clear lesson is better communication and the need for some interim assistance to defray genuine commercial risks.  The NSW government has recently gone some way in responding by providing loans but planning will need to be improved for other states.

Consumers who choose to leave their bottles and cans in their kerbside bins are donating them to the kerbside collection system.  It is planned that these funds will come back to ratepayers after a share agreement is reached between councils and waste collectors.

An issue that needs to be resolved very quickly is to make it easier to redeem bottles and cans that cannot be serviced by the automatic scanning technology, because they are damaged, crushed or the barcode is missing.

While consumers should keep the containers intact as it is important that the system has an accurate count of returns to avoid fraud – collections from litter or big events can be more problematic.  At present they are cut out of an easy return system because the alternative to automatic scanning is delivery to other recycling facilities which will use a weight based system, instead of individual counts.  However, only local councils can participate.  This needs to be changed urgently so that bulk deliveries from community groups and events can receive the refund.

NSW is pioneering the modern Australian container deposit system.  While most such schemes around the world have common characteristics, there is always adjustment for local conditions.  We are finding out about these now, but it will be worth it for a cleaner environment now and decades into the future.