There has rarely been a more important meeting of environment ministers when it comes to waste and recycling. 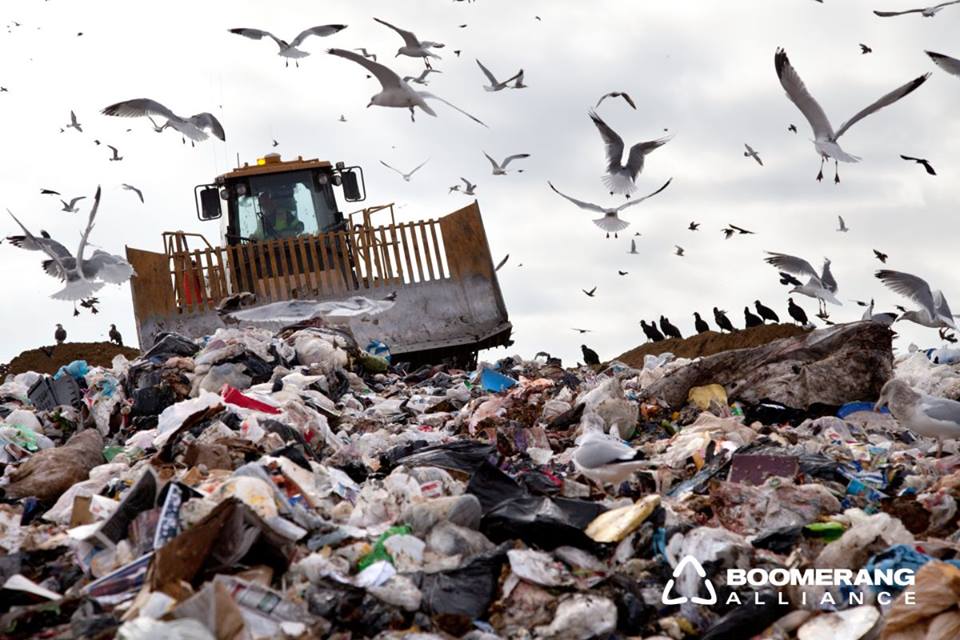 The Boomerang Alliance of 47 national, state and local groups urges you to take action on the following crucial issues:

1. A game-changer in response to China’s ban

Adopt a comprehensive plan to foster a large domestic reprocessing industry in view of the China ban on contaminated plastic and paper recyclate. Past failures to properly separate recyclable material and support recycled product has and will continue to threaten the hard won participation of the community in recycling and associated businesses employing tens of thousands of people. The Australian environment and economy requires:

• Opposition to increased landfill and waste-to-energy, both of which will squander resources and lock out meaningful recycling and dilute community support.

We do not have a national plastic pollution plan. While states can and have been taking significant action, key measures must be implemented at the national level. Last year’s proposed Commonwealth Threat Abatement Plan was weak and unlikely to make significant inroads into the growing plastic pollution of our oceans or meet Commonwealth obligations to protect Matters of National Environmental Significance such as threatened species, wetlands, marine waters or the Great Barrier Reef.

We urge that you place marine plastic on the Council of Australian Governments (COAG) agenda for urgent consideration. This is key recommendation from the Senate Inquiry Report on marine debris (2016).

There are a number of measures that urgently need a national focus:

• Adopt an ambitious target for reducing plastic pollution from our land surface into the oceans. The Boomerang Alliance advocates a 70% reduction by 2020.

• While useful results have been achieved by the industrial voluntary microbeads plan, it leaves a loophole for continued use of plastic microbead products on the Australian market by those who have failed to participate in the voluntary phase out or through a future reversal of the phase out by manufacturers including the prospect of dumping by producers locked out of other markets by legislated bans. Australia must have a nationally legislated ban on plastic microbeads including so-called biodegradeable plastic microbeads. These are banned in many jurisdictions.

• Action on thicker plastic bags. There are moves by the lightweight bag industry to evade current and proposed bans by supplying plastic bags above the 35micron level that will easily escape into the environment.

• Maintain support and funding for marine clean-ups, specifically of ghost nets and discarded fishing line. Education and the promotion of better practices with better services is essential to this.

We look forward to your advice on these important matters.