Today was just bonkers! We made it on TV :-)

First off, thank you so much to the City of Bendigo council for their help today in accommodating the Big Bottle on Hargreaves Mall. That's actually been a thread throughout the tour - the councils have been so supportive!

I gave two radio interviews in the morning, then we set up on the mall and even got the Bottle off the trailer and the 10 cent banner up high. We had two TV crews (WIN news and Channel nine) falling over themselves interviewing our fabulous local champion Catelyn Pryor from Bendigo Zero Waste and myself, while the rest of us and supporters that had rocked up to lend a hand were fielding the crowd with sign up sheets, receiving containers and handing out refunds. We also had a couple more newspapers talking to us and Triple M called to arrange an interview for the afternoon.... It was bonkers! 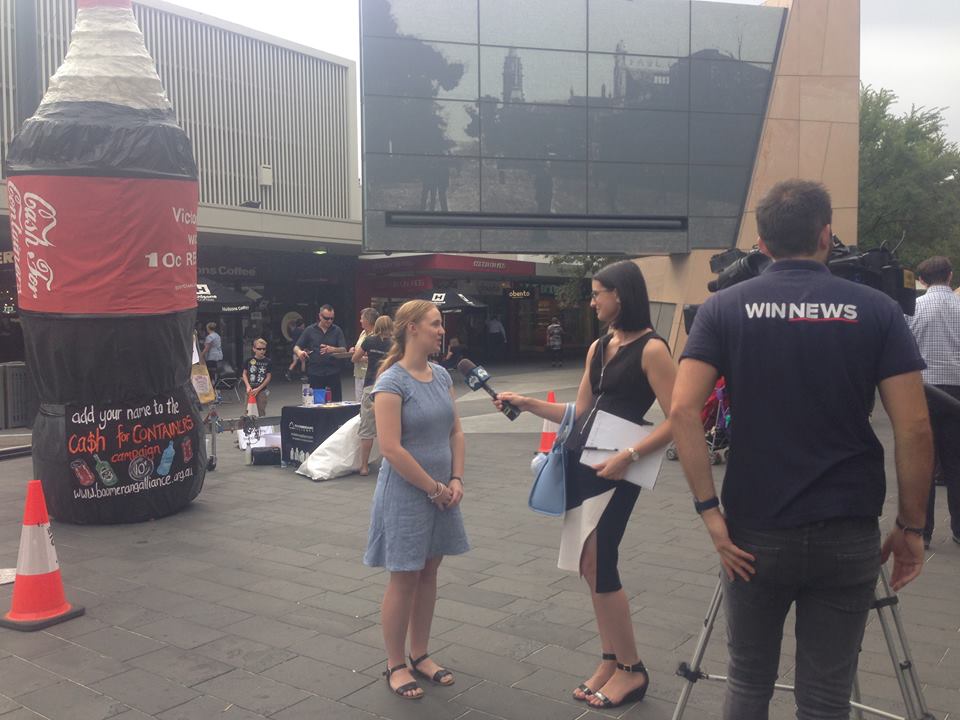 In between, the Deputy Mayor Cr Jennifer Alden spoke to me about the council's aim to improve local recycling and utilising the China-provoked recycling crisis as an opportunity to build local recycling processing industry. 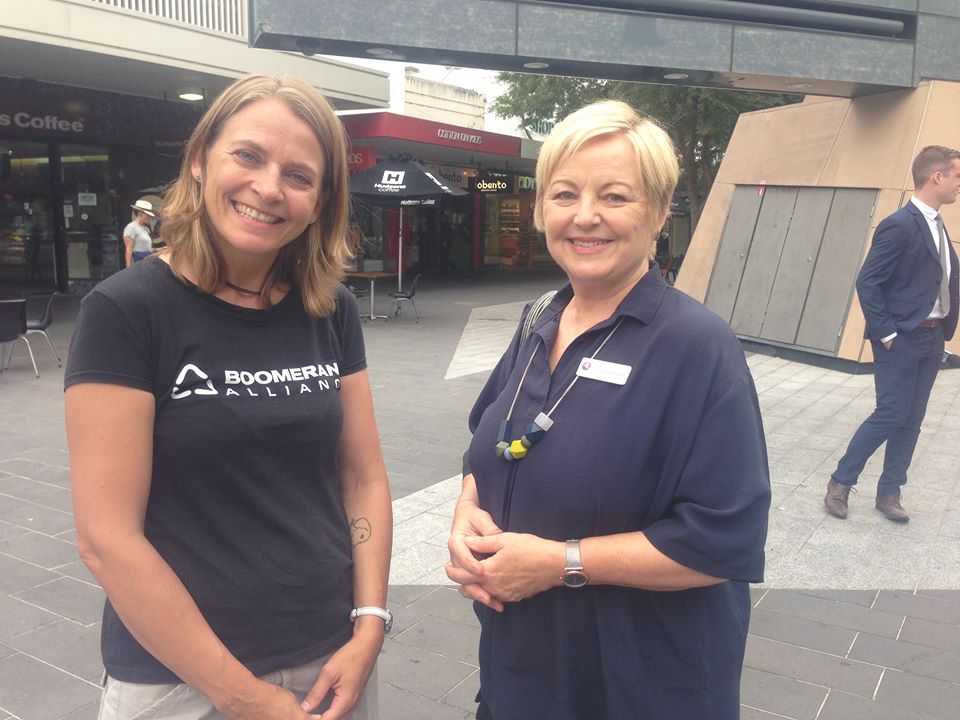 We also welcomed the first and only MP that answered our call to come and see the Big Bottle on this tour: Maree Edwards MP for Bendigo West. Maree told us that she personally supports a container refund scheme but when I pressed her on what she's going to do about it she shied away from making any promises. She spoke about the recycling taskforce that DELWP is running currently and which we are a part of. CDS is being considered 'as one of the options to solve the recycling crisis'. We stressed that this taskforce needs to facilitate dialogue between the department, industry and community/environmental groups - not consider each side separately. 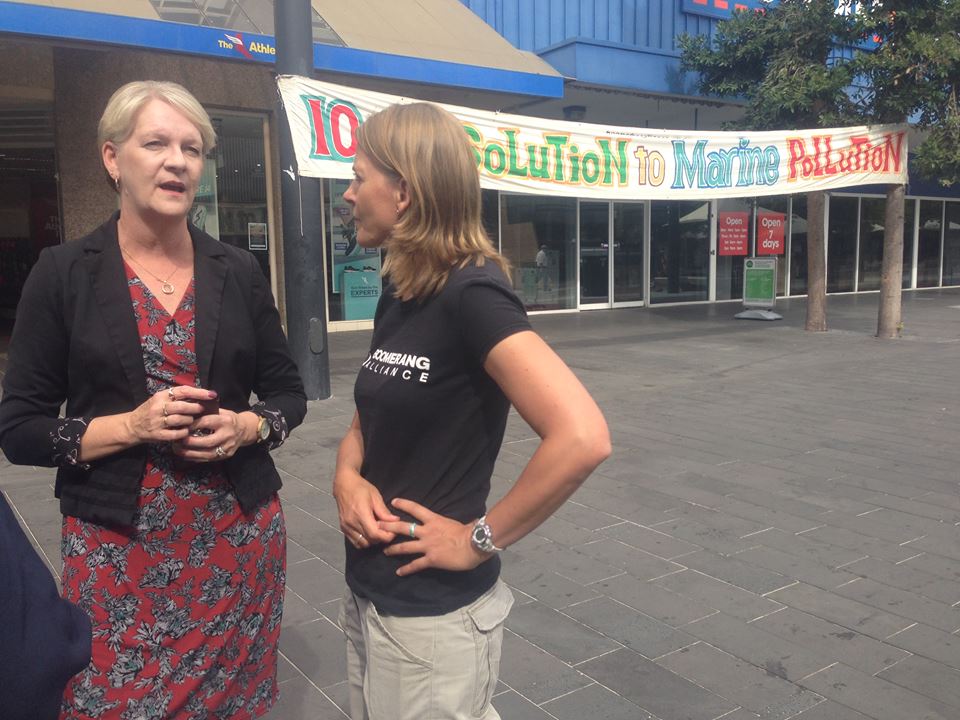 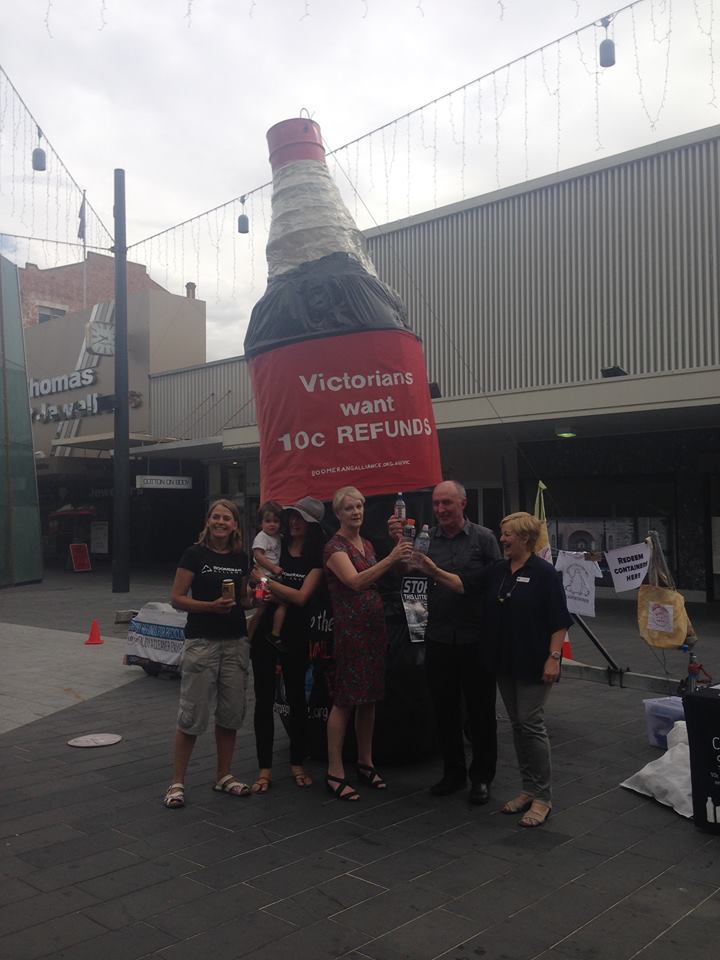 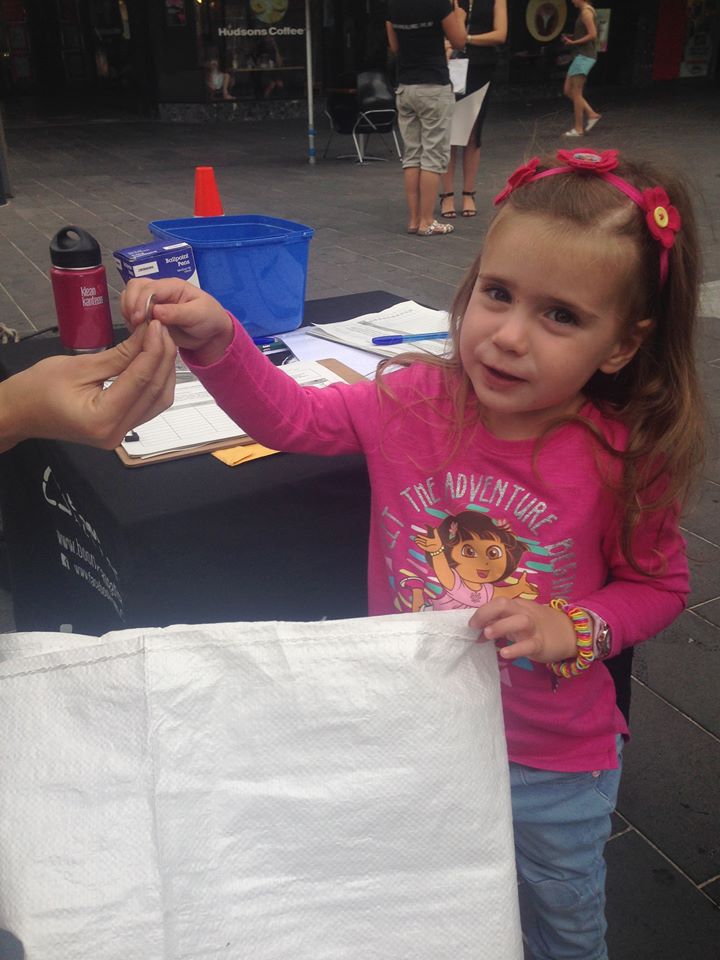 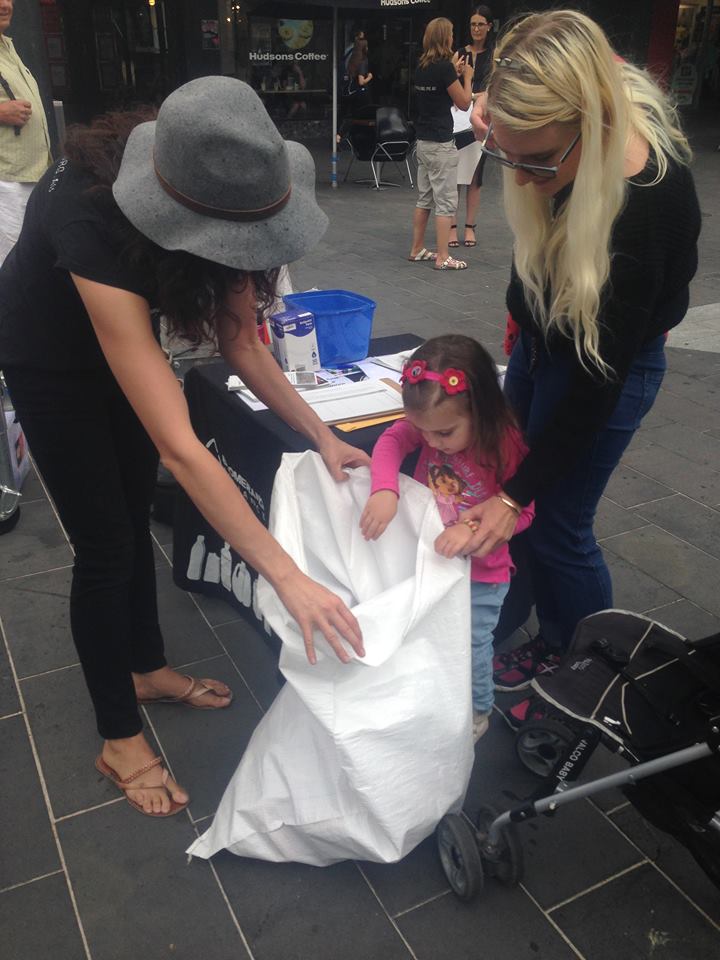 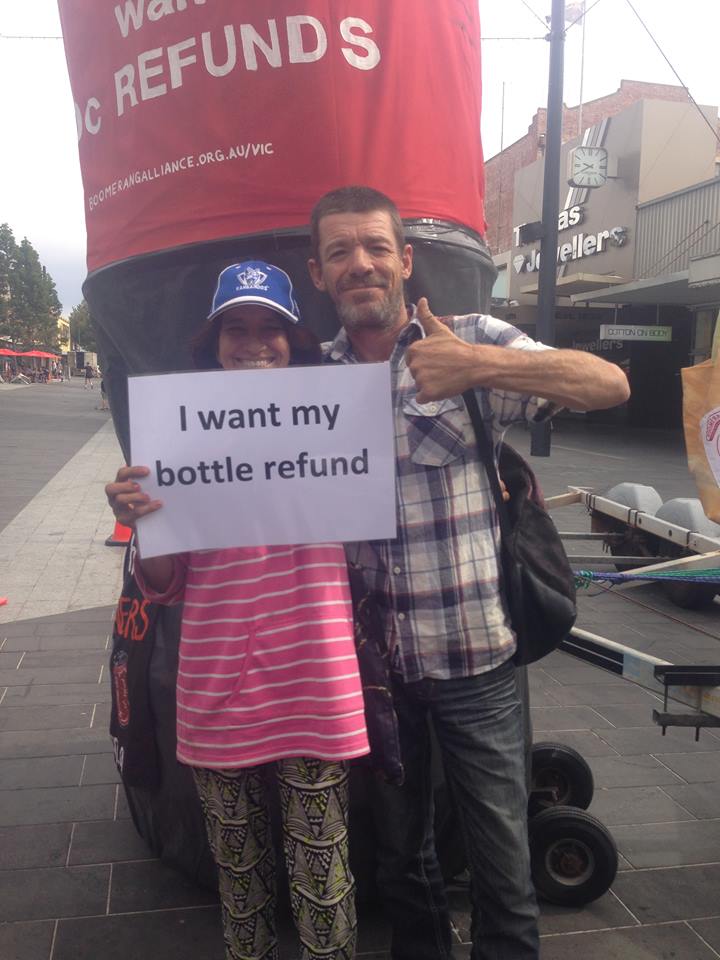 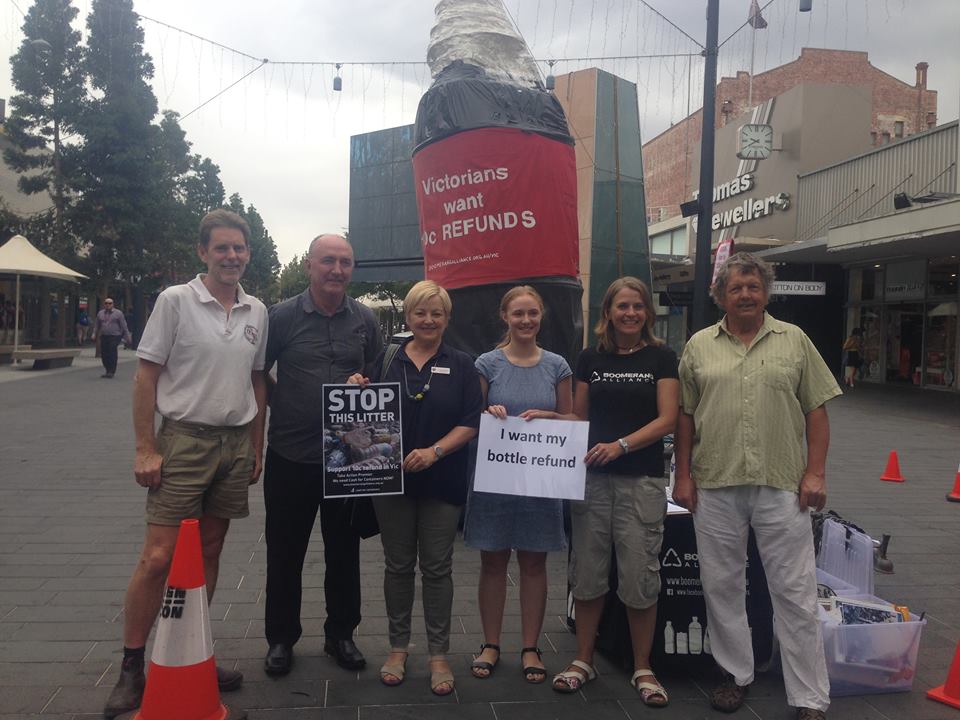 I want to close with a story I heard today. It's one of many I've heard on this tour. This gentleman came to us as we were packing up. Once he understood what we were doing, he signed the petition and told me that 20 years ago he was homeless in Adelaide and he slept on the streets. He would get up in the morning and spend the day collecting containers. He'd make $40 to $50 a day, enough to get him through ("I ate a lot of mackers, but you know, better than none") and he knew he didn't have to steal.

I followed him after he left and asked him to take a slo-mo shot of me doing a star jump. He loved it, we got it done in the first shot, gave me a massive hug afterwards and said "God bless you!". Just think about the exponentially increasing number of homeless people in Melbourne and the difference a container deposit scheme would make to their daily lives!

Next stop is Castlemaine, from 11 am for an hour outside the Market building - come and say hi! 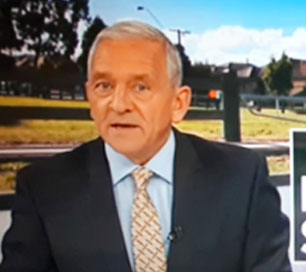 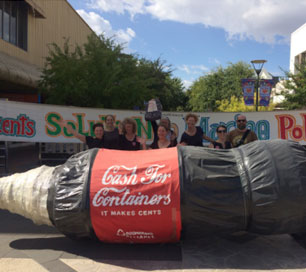 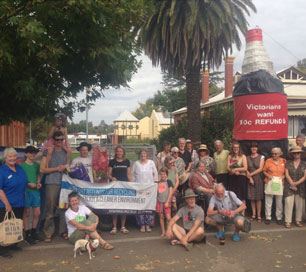 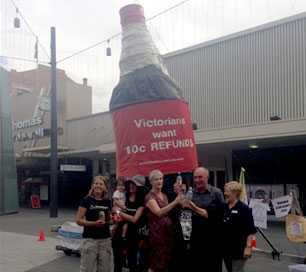