Posted by Boomerang Alliance on October 03, 2016

Are Coles and Woolworths the new opponents of what the community wants? These major supermarkets are refusing to join Cash for Containers by not providing space within their carparks to allow for consumer refunds. Just when we thought the fight was finally over! 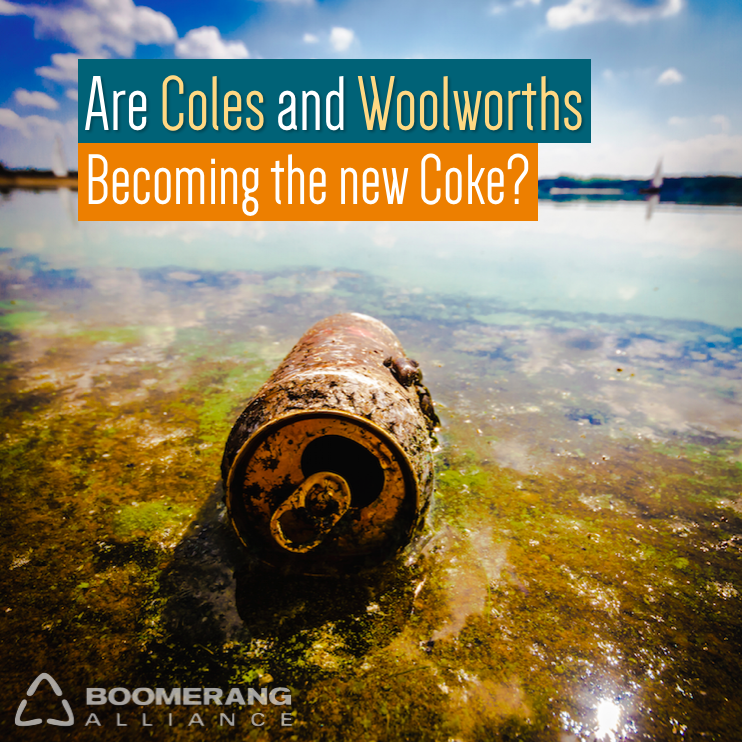 Last year NSW Premier Mike Baird promised a ‘World’s Best Practice’ Container Deposit Scheme (CDS) featuring at least 800 reverse vending machines across the state to make redemption quick and convenient. But because of Coles and Woolworths opposition, the proposed scheme designed by the NSW EPA is way too vague - rather than deploying collection points in every major shopping centre across the state, the EPA has not come up with a concrete plan and the 800 promised RVMs number has disappeared.

We recently conducted a survey asking you what you thought of the current CDS draft. You told us that you want convenience and agreed that retailers should provide space and information for redeeming your containers.

With the finish line in sight, let these supermarket giants know that you will feel robbed if you cannot redeem your containers while on a shopping trip!

Send your concerns to Mark Speakman and let him know you do not agree with Coles and Woolworths opposing the NSW CDS.

I am counting on you!