Claims by James Boag's Brewery that the scheme selected for Tasmania’s container deposit scheme (CDS) on drink containers will lead to higher than necessary prices claimed in the Advocate (16/9/21) are completely wrong.

Quote from the Advocate article:

Under a model proposed by Boag's parent company Lion with Coca Cola Amatil in their joint venture TasRecycle, the scheme co-ordinator would be a "not-for-profit" organisation that distributes funds to charities. James Boag's manager Nathan Calman said the companies maintained that their model would better benefit "consumers and the environment".

"There is no doubt the 'for-profit' model proposed by the Tasmanian Government will see higher than necessary beer prices for customers in Tassie," he said.

"The government have chosen a for-profit, monopoly model that props up the waste industry, which constitutes a new tax that will impact beer drinkers through unnecessary, higher scheme costs."

In their argument, they compare current 30 pack of XXXX beer prices in Tasmania and Victoria to the $3 price increase in NSW, which has the type of scheme chosen by the Tasmanian government. Well, we have news for Boags, the extra $3 is because each drink container has a ten cent refund on it – the same as will occur in Tasmania - and if you return your container for recycling, you get the 10c back.

What’s more, the NSW scheme is so efficient and low cost that the sorting and transport costs for a CDS have not been passed onto the beer price. Further proof of how wrong Boags is, is found in the reports by the independent price regulator reviews in NSW and Qld. Qld has the type of scheme being promoted by Boags and TasRecycle, the lobby group for Coke and Lion (who own Boags) and its beer price increase is more than twice that in NSW.

The running of CDS collection points whether by charities or commercial businesses, under any type of scheme, needs to cover costs and make a profit to justify investment in the infrastructure – the "non-profit" scheme claimed by Boags and TasRecycle is a PR invention.

James Boags are either profoundly ignorant of how a container refund scheme operates or are indulging in misinformation as part of the ongoing deceptive campaign by TasRecycle. They should stop trying to hoodwink the public. 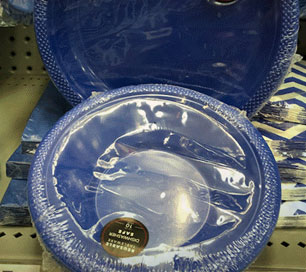