Boomerang Alliance sent an open letter to the leaders of all Victorian parties, asking them to commit to the introduction of a Container Deposit Scheme (CDS) in the next term of parliament. The letter was signed by 80 organisations, representing over 100,000 Victorians. And here is how the parties replied - 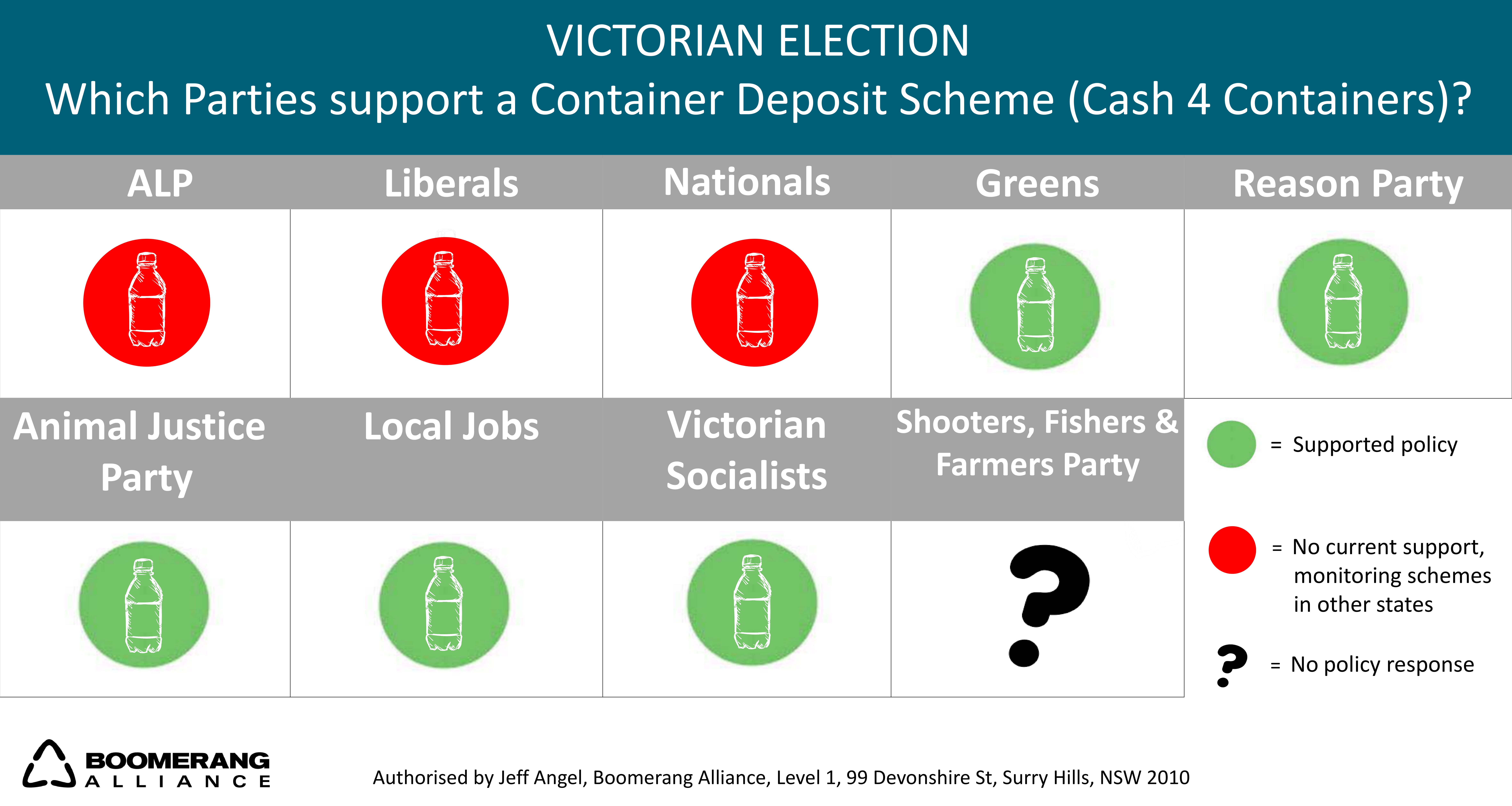 Most political parties support the scheme but the ALP and the Liberal National Coalition failed to promise a CDS in Victoria. Whilst conceding the potential benefits of the scheme, they have instead opted to wait and see what happens in other states.

Boomerang Alliance suggest that both major parties look to the State to their immediate west. South Australia has had a CDS for over 40 years, it's effective and popular and has proven to reduce container litter and significantly increase recycling.

Since the introduction of the scheme in December last year, NSW has increased return rates from 32% to over 70%.

QLD in its first week of operation collected over 5 million containers. That leaves Victoria as the only mainland state without plans to implement a CDS.

'At the recent ‘Spring Clean The City’ event in September, a third of the litter we picked up was containers. A third of the litter would not be there if Victoria had a cash for container scheme. The major parties are delaying action on something that 84% of the electorate want. We are here for the long haul - until all states in Australia have a Container Deposit Scheme and are taking effective measures to reduce plastic pollution!”, said Dr. Annett Finger from the Boomerang Alliance. 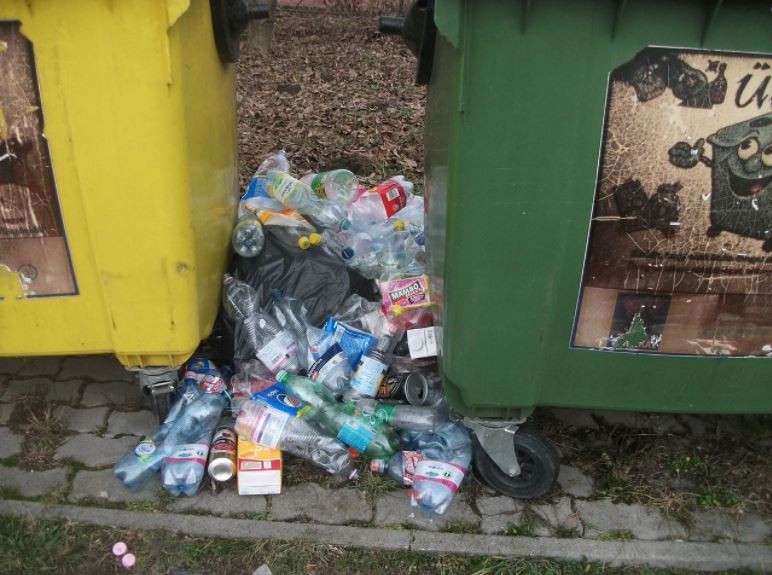