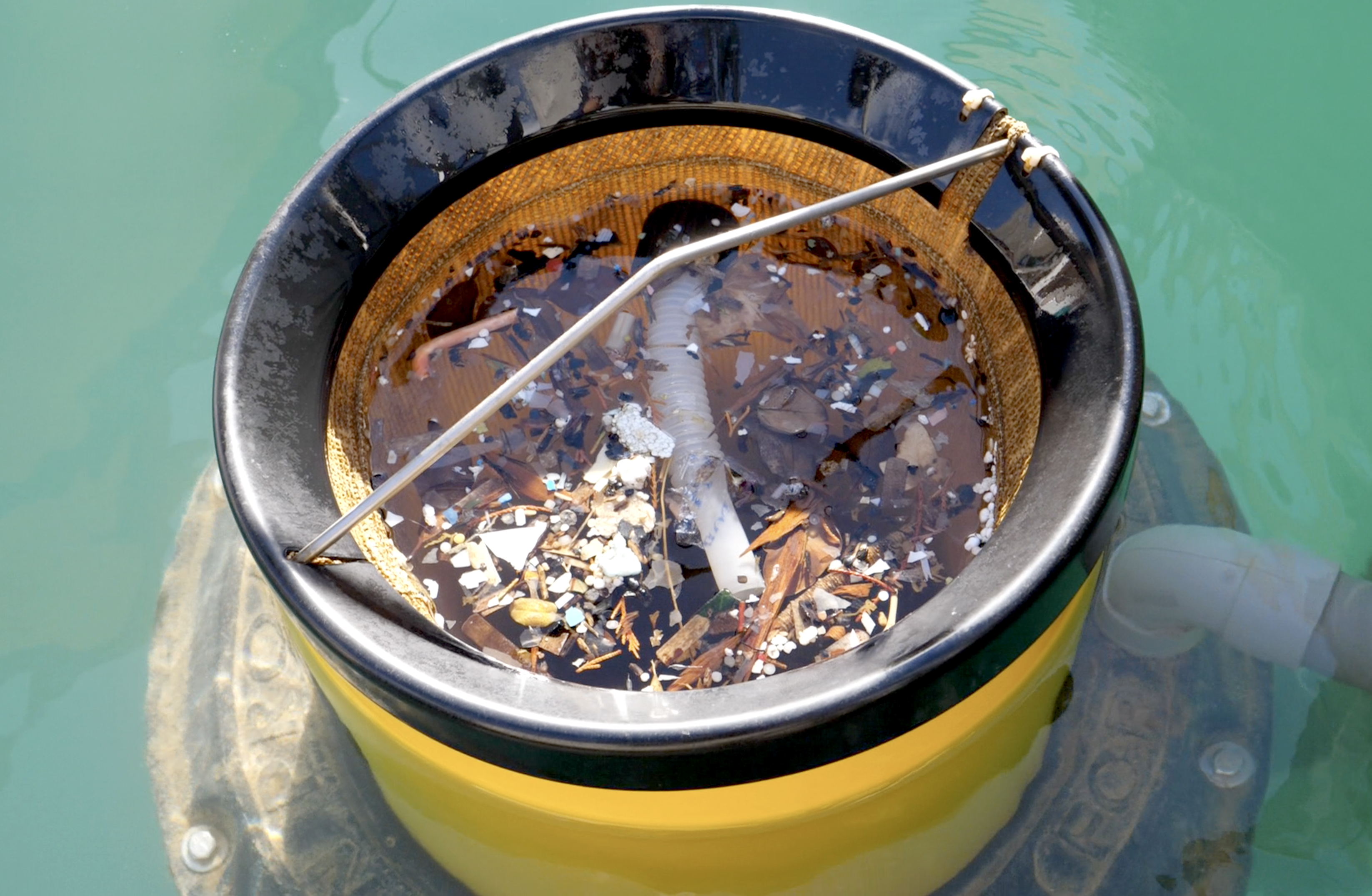 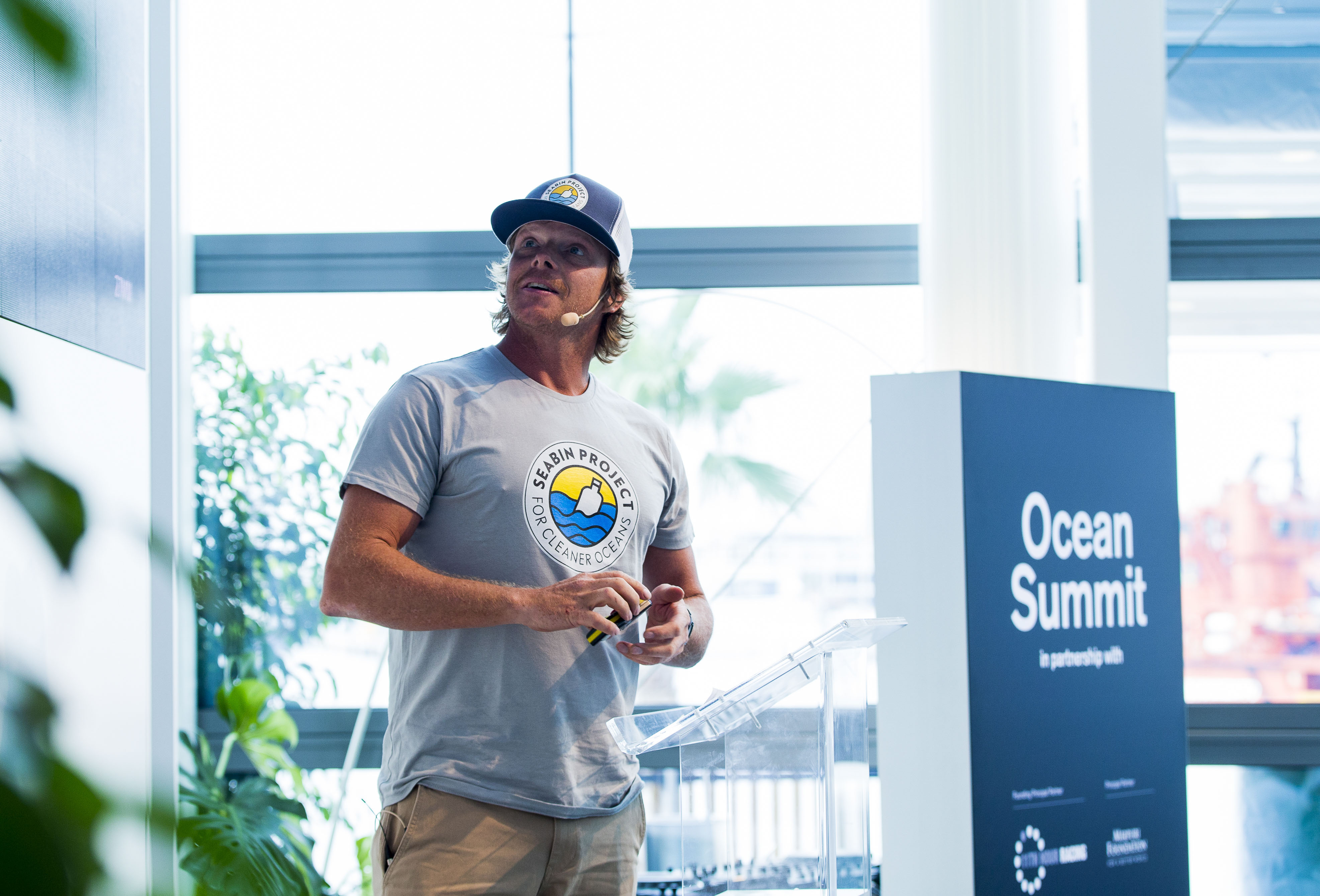 Disillusioned by the rising level of plastic waste in the waters off Perth, Pete Ceglinski felt compelled to find a solution. And together with close friend Andrew Turton, they hit upon with a simple idea – a rubbish bin for the water.

Constructed from reclaimed polyethylene ocean debris, the Seabin is an effective model – a floating bin fitted with a five-litre mesh bag attached to a pump which sucks in waste and filters out debris-free water.

Placed in a marina, harbour or any waterway with a calm environment, one seabin has the extraordinary capacity to capture 500 kilos of debris annually including 90,000 shopping bags; 50,000 plastic bottles and 35,000 disposable coffee cups.

Additionally, it can catch cigarette butts, plastic particles and microplastics as little as 2mm in size.

And currently in development, the invention should soon be equipped to trap microfibres.

A successful Crowdfund campaign at the end of 2015 lead to manufacture and distribution operations in Palma, Mallorca. The Seabin was tested in a pilot trial in the waters off French coastal resort, Le Grande Motte on the Cote D'Azur and after a introductory video went viral with over 10 million views, orders flooded in from locations throughout the Mediterranean before spreading to the rest of Europe and North America.

And now with orders tapped for waterways in Sydney and Melbourne, the Seabin is finally coming home.

Armed with an ambitious ten-year plan including developments in scientific research with their not-for-profit Share Programme, Ceglinski ultimately envisions a direct assault on open water pollution with eventual designs on the Great Pacific Garbage Patch.

And while critics have voiced their reservations, branding the model 'gimmicky', the CEO has shrugged off the naysayers.

"We’re not telling you that the Seabin is going to save the ocean, when it’s not. It’s just going to clean up some of the mess we put in it.” 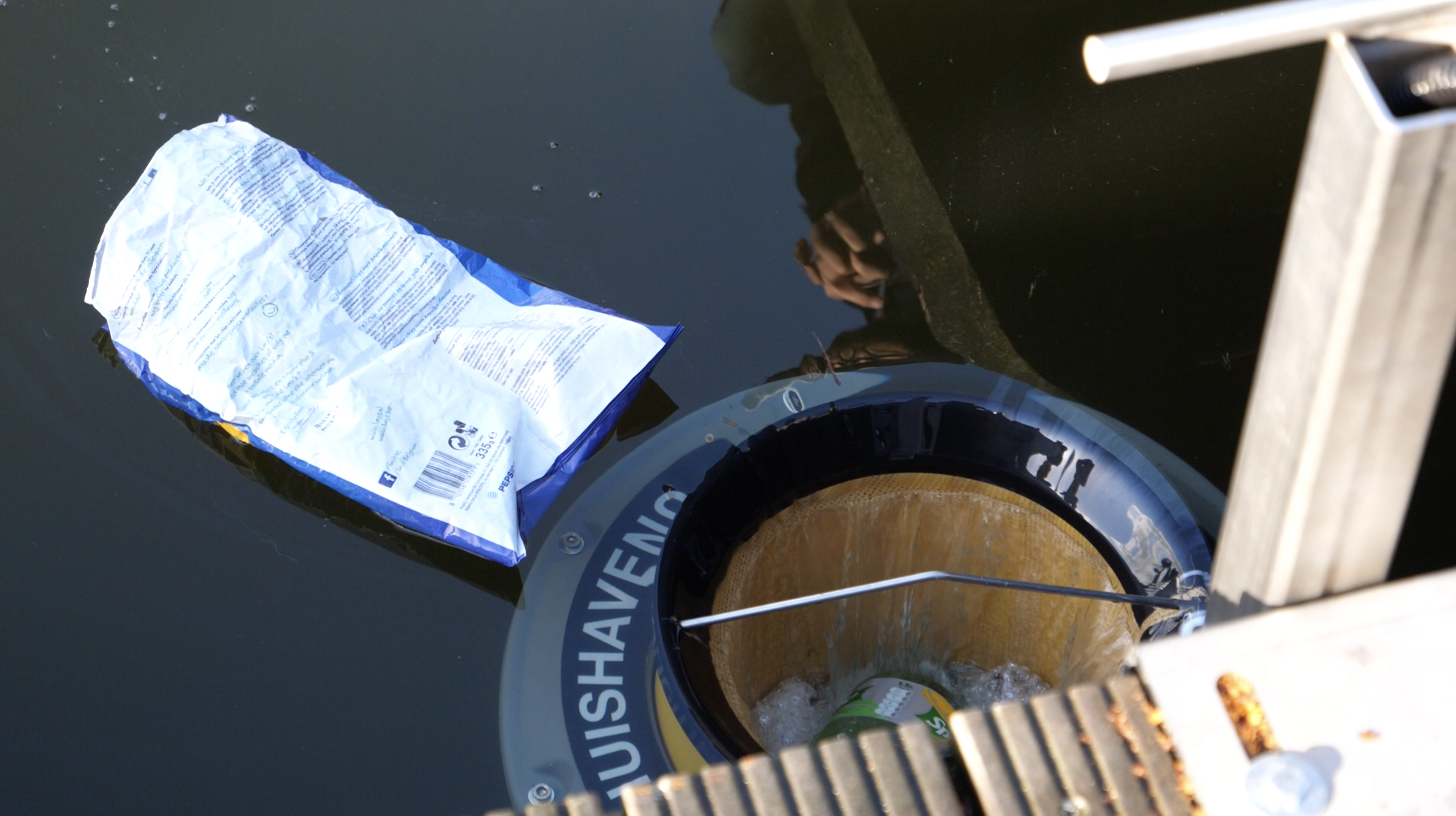 So what inspired the Seabin?

Getting fed up seeing floating debris in the water every time we went out for a surf. Having to be out there in polluted oceans was inspiration enough. That’s all we needed as a driving force –the impact, the negative impact that we as humans are having on the environment.

Did you test out other prototypes?

It came from the very lateral idea of having a rubbish bin on land, why not a rubbish bin in the water? We literally did that, put a pump in the bin and it started to work and from there, we knew we were on to something.

Talk us through the Seabin process and how it works?

To begin, we’ll have a chat with the marina managers and find out where are the debris and pollution accumulation hotspots. We place the Seabin in the water and use Mother Nature, the wind and the tide to push the debris and the pollution straight to where it’s been strategically positioned.

The Seabin itself, it uses less energy than a flat screen TV. It’s only 500 watts, the energy consumption is about 90 cents per day and you can definitely run it from solar.

Is the mesh on the bag small enough to trap microfibres?

Yes and we’ve been successfully trialing the effect on microfibres but we’re not sure if we’re going to have a positive or negative impact doing that. We’re still only in the trial period, there’s going to be a lot more research and development when we start going smaller than 2 milimetres. 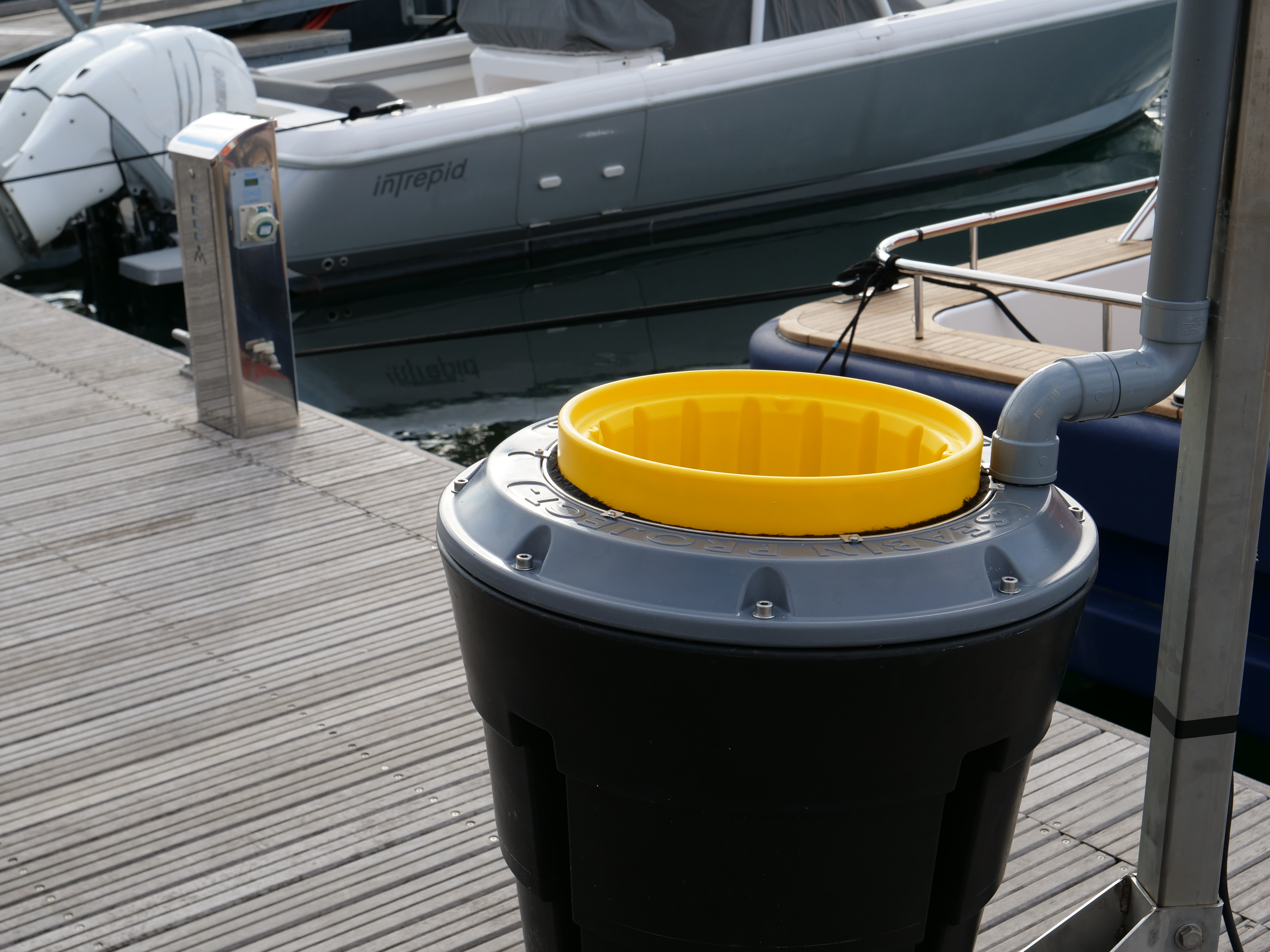 You initially used a Crowdfunding campaign to launch operations in Spain, was Australian federal funding not an option?

They move at a glacial speed and this is a problem that can’t wait. We need to move quicker than that. So we took it to Crowdfunding, we knew we had to do it ourselves. Governments around the world are now starting to take notice of what we’re doing and with that, we’ll finally be able to get seabins into public waterways. We’ve had a lot of interest from pretty much all over the world, right now we’re working off an order form with 170 countries on there, 5000 Seabins.

It’s an Aussie invention but yet to be introduced here. Why the delay?

Australia and New Zealand region have quite a full-on certification process that’s actually going to take another six months before we can start to sell the sea bins, it’s going to be October, November this year before they can be installed.

Surely a local invention like this would earn a fast track in Australia?

It’s been quite the process, it’s been a big learning curve for us. We’ve got about 14  countries in our distribution network and each country we’re dealing with has it’s own certification process and there’s a lot of logistics, it’s all adding up. We've been working with markets in Europe, North America and now branching into Asia Pacific.

Where has been your biggest success?

La Grande Motte in the south of France on the Med, they jumped in from the early stages. They passed a motion to invest in six seabin units which is helping clean up the local waterways. They had a massive problem with these hard edge water fronts which meant debris would drop straight into the water. Ten feet away, you have cafes and restaurants and bars where people were drinking from plastic cups, leaving them on the table, blowing straight into the water. Or they throw the cigarettes on the ground and in the morning, the restaurant owners and bar staff will hose it all into the marina. So that’s made a big difference there but it’s a weird situation. They’re investing to clean it up but not controlling how it enters. 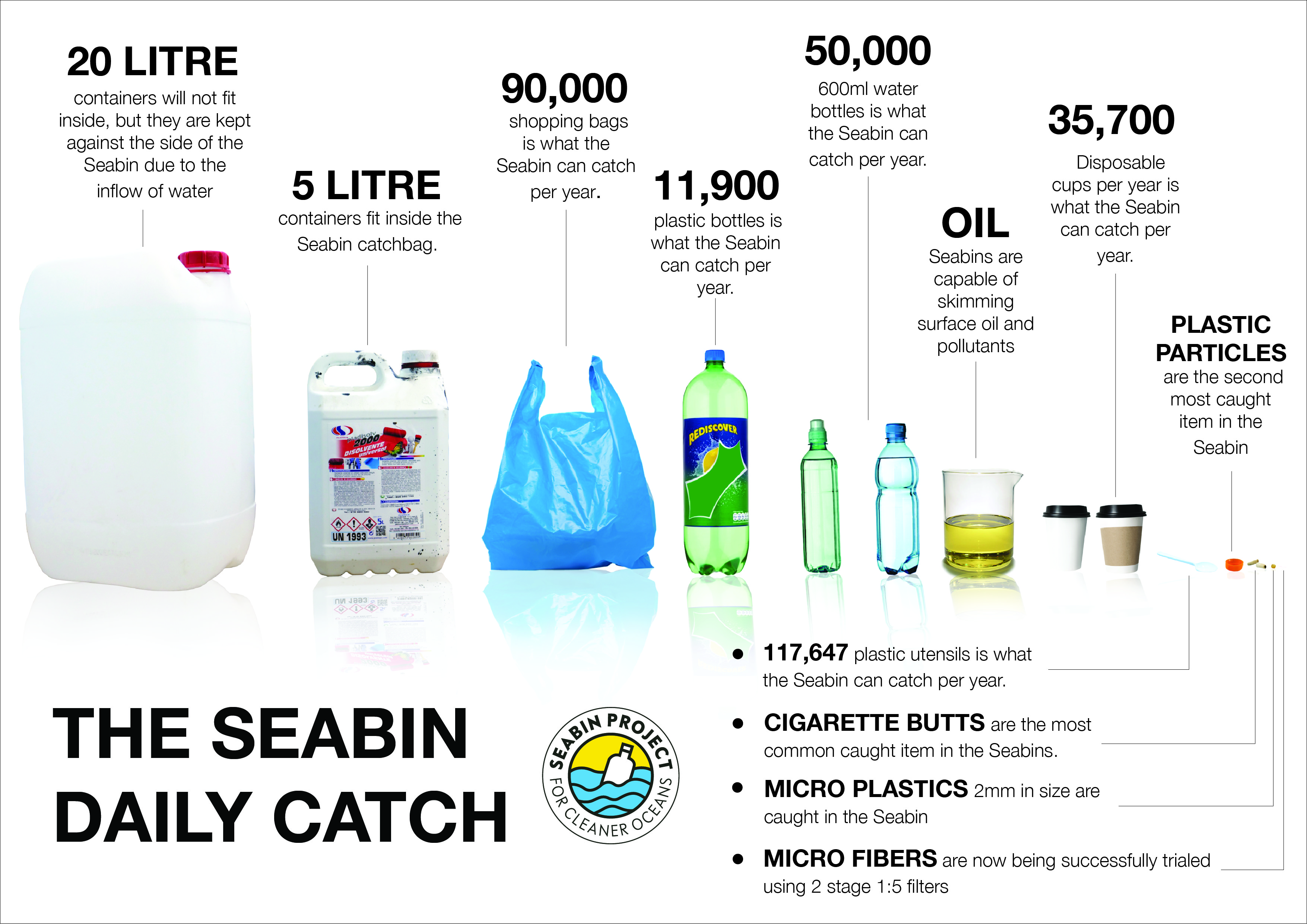 In April, the federal government here announced plans for all plastic packaging to be recyclable, reusable and compostable by 2025. Will these measures have a sizeable impact?

I think there’s a high expectation from the general public for instant results and instant gratification and through my own experience working with government bodies and working with industry, it’s quite a slow and laborious process.

I think it’s a really good step. And with pressure from the community, people working together to become involved, new technologies, different ways to recycling, more efficient ways, I think the whole public mentality is changing. But there's a long way to go yet.

With the ever-rising levels marine plastic pollution, is there hope in sight?

I think the worlds eyes are finally open. Plastics can be amazing! The computer in the phone I’m talking to you on is made of plastic, the medical breakthroughs, plastic hearts, all that stuff is incredible. It’s just up to us how we use and dispose of this stuff properly.

Putting pressure on the plastics industry to phase stuff out, I’m not sure that that’s the solution. We still have a throwaway culture and attitude and we have a littering problem, we are the problem. I think education is key to the solution. It doesn’t matter if we have a bioplastic cup, people will litter and that bio-cup could end up in the ocean and potentially, still choke a sea turtle.

You’re branching out in scientific research and data collection with the Seabin Project Share Programme – what is your goal?

In different countries around the word, we’re lending six Seabins to six not-for-profits to fully understand the state of the waterways and understand how much debris is going in, how much we can extricate, collecting all the hard data on weather conditions and the amount of debris that’s coming out.

We also have environmental engineer, Jenna Jemback who will be helping out with her Marine Debris Tracker to help process this data and create a thesis in the very near future.

It’s a fantastic way to get some base starter information on the state of waterways. We want to get involved with the community and other not for-profits and work together towards a common goal. Because it's a common global problem we all share. 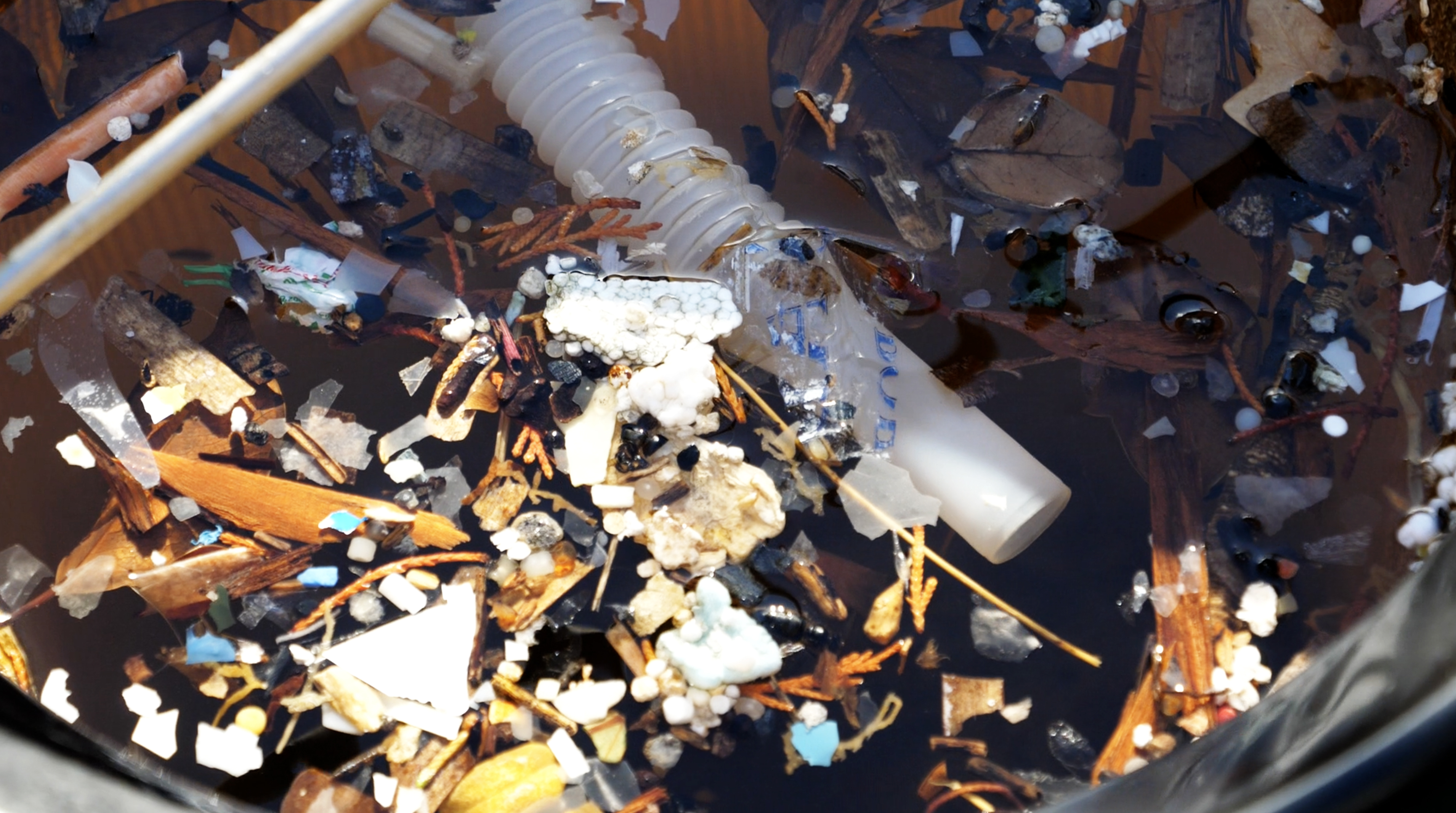 Designs to go beyond the marina?

That’s the ten-year plan. Our goal is get off the dock. We’ve designed prototypes suitable for floating docks where it could be put in  the Hudson River in New York, the canals of Amsterdam or the Seine in Paris.

We’ve then also designed a new seabin which floats by itself that can then be used on an anchor in a bay.

And by ten years, we want to be out in the open water. We want to refit a survey vessel with the same concept as the Seabin dry dock technology and ultimately, we can have that as a mobile device out in the Great Pacific Garbage Patch. So, there's certainly a few goals in mind.