27 April 2018:  Environment groups described today’s Environment Ministers’ meeting as a ‘work in progress’, with Ministers yet to prove that they have adequately responded to the opportunities created by the loss of Chinese markets for our kerbside recycling. 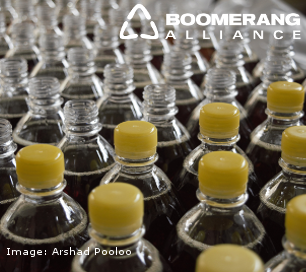 “Cementing and growing our recycling economy will take concrete plans to deliver targets and should certainly not involve incineration of waste. We need a solid commitment to a quantum leap, otherwise we will be dragged backwards and waste an enormous amount of resource while continuing to pollute the environment,” said Jeff Angel, Director of Boomerang Alliance of 47 national, state and local groups.

“Key Commonwealth and state environment ministers must embed higher resource recovery objectives in the economy. Incineration diverts valuable materials from genuine recycling - and uses mixed waste, which poses serious toxic pollution threats. There may be plans for new recycling industry, but by the time they eventuate as actual projects they will find the rush to incineration has locked up their resources.’’

“As for recycled content in products – the voluntary approach is too weak. Mandatory rules, as in Europe, are the only assured way to establish a stable and growing market to justify the investment into new manufacturing. If we can have an enforceable renewable energy target, then we can have a similar system for recycled content. A lot of questions remain to be answered about the 100% recyclable, compostable or reusable target including collection capacity – it’s not just about labels.”

Toby Hutcheon, Boomerang Alliance’s Queensland Manager, said: “The first test for the acceptance of incineration was at last night’s Ipswich community meeting to discuss recent council actions diverting recycling to landfill. There was strong community concern about the concept of so-called waste to energy.”

“Key actions require Commonwealth action. So far, the load has been taken up by the states – all we have from the federal government is a weak draft threat abatement plan. Plastic pollution of our oceans is a national crisis. As a first step the Commonwealth should pass a law banning microbeads – the current voluntary approach applauded by the ministers today, has too many loopholes and leaves the way open for backsliding,” said Mr Angel.