We are thrilled to inform you that the Victorian government has today confirmed their choice of a “split responsibility” Container Deposit Scheme.

They’ve listened to the community and rejected the disinformation campaign by the big bottlers, Coke and Lion and their lobby group VicRecyle.

Our research into the various types of schemes here in Australia and overseas shows that the chosen ‘’split responsibility’’ model (Coordinator and Network Operators) is best practise.

It sets up the right allocation of responsibilities so that the system can grow, be accountable, accessible and deliver multiple benefits for decades. It’s based on the NSW approach where there has been very significant involvement of charities and small businesses; billions of drink containers returned; and very accessible refund points.

We’ve been campaigning for Australia to be entirely covered by container deposit schemes and today’s announcement fully achieves this. In fact Australia is the first continent on the planet to do this. There will be remarkable environmental, employment, recycling and charity benefits.

Today’s announcement is the result of an incredible community effort with 117 organisations signing our open letter and over 51 000 Victorians signing our petition in support of a split responsibly model.

A big thank you - this would not have happened without your ongoing support!

For years our community campaigned for a 10c container deposit scheme (CDS) to clean up Victoria’s parks, streets, waterways and ocean, and finally the Victorian government has confirmed it will be introduced by 2023.

Now, Victoria has a chance to make a real difference to the environment, recycling and jobs with the future CDS — if the right decision about how the scheme will operate is made. The government is due to decide who will control the CDS, and the four-week consultation period with the public is open until 30 November 2020. 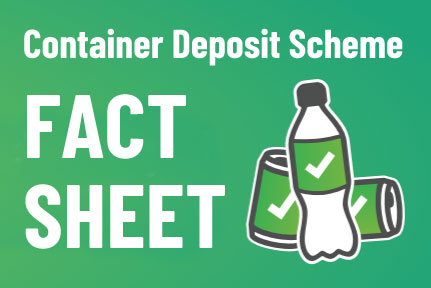 Say yes to a clean CDS

The choice is clear.

Coke and XXXX Gold and Powerade want a CDS in VIC as a "community (producer responsibility) model" which means fewer refund points and depots and less opening hours so they can minimise the number of returns and their cost of having to pay 10c to customers and handling fees to recyclers.

What we want the VIC Government to do is the "split responsibility model" with a sole focus on recycling that prevents big drink company control, to ensure maximum convenience to achieve the biggest number of beverage containers returned and refunds back to consumers, communities and charities.

These companies are some of the world’s biggest plastic polluters, and they campaigned relentlessly against the introduction of a CDS in Victoria. They are campaigning to profit from a scheme they never wanted.

Check out a comparison between the two models exposing the misinformation being propagated by Coke and friends.

As the last mainland state to implement a CDS, Victoria has a chance to learn from the mistakes and successes of the other states.

We need to recycle right Victoria. Join us in saying yes to a clean CDS.

You can do three things to help - sign the petition to stop big beverage controlling the CDS, endorse our open letter (if you're an organisation or community groups) AND send a message to key MPs.

The CDS will allow Victorians to swap empty cans and bottles for a 10c refund per container. This kind of recycling initiative is already in place in all other mainland states in Australia. We have reviewed the schemes in Queensland, Western Australia and New South Wales to assess their effectiveness.

For more information on how a CDS works read our fact sheet below. 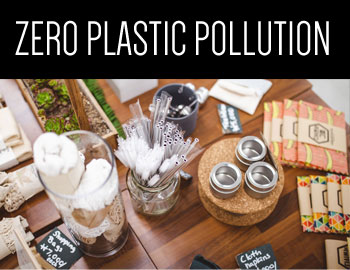 We would not have been able to do all these works without your support. Please consider making a donation so we can continue our fight against plastic pollution.