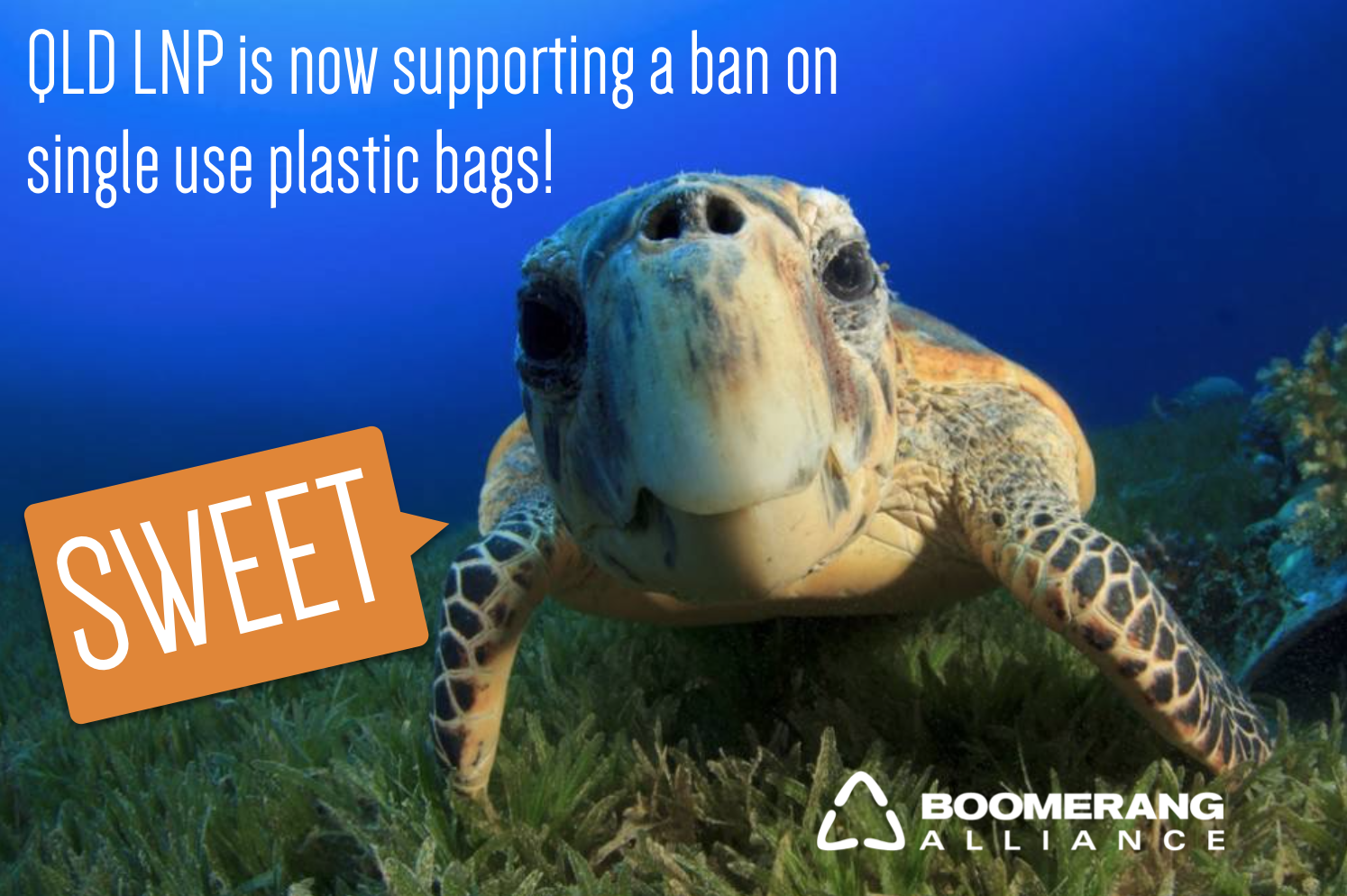 Great news! The Queensland LNP just announced that it will back a phase-out of single use, lightweight plastic bags in Queensland.

This is a major step. A significant and welcomed announcement that will delight the hundreds of thousands of Queenslanders who regularly clean up littered plastic bags from our waterways, parks and streets.

There is now nothing stopping the State Government from introducing a ban on plastic bags.

The LNP policy calls for a phase-out similar to the successful bans currently in place in South Australia, Northern Territory, ACT and Tasmania. These have demonstrated that plastic bag litter has significantly reduced and that citizens have changed their behaviour and use BYO bags instead.

The LNP have also added so called ‘degradable and biodegradable’ lightweight plastic bags to a phase-out. These are often more dangerous to wildlife. They break up into smaller pieces that resemble food or take too long to decompose.

Single use plastic bags are wasteful and deadly to wildlife. Governments have recognised this for years and it’s now time for those States which have failed on plastic bag litter, to act.

On 25 November Environment Ministers meet in Sydney. On the agenda is plastic bags. Three states, NSW, QLD and Victoria agreed in February to act on plastic bags, in the knowledge other States and Territories have imposed a plastic bag ban.

Will they finally do it?