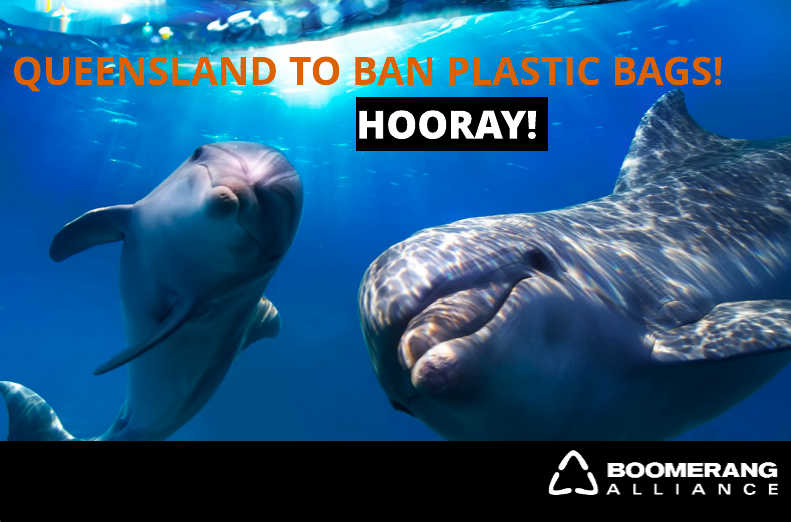 Fantastic news today! The Queensland Government has just announced the introduction of a ban on single use, lightweight plastic bags. This is a significant step forward in reducing plastic litter and its impact upon native and marine wildlife. Plastic bags in particular are a problem for birds and marine animals that often mistake these for food or get entangled in them. They also break up into microplastics that enter the marine food chain and onto our dinner plates.

The proposed Queensland ban will follow similar bans already in place in South Australia, ACT, Northern Territory and Tasmania but Queensland has taken it a step further with inclusion of so-called degradable and biodegradable plastic bags in the ban. These also break up into dangerous microplastics that enter the food chain.

We call on NSW and Victoria to join in – already well-over one billion bags have been littered in the last 10 years through their inaction.  NSW is the worst laggard.