A look into regulatory enforcement surrounding the management of waste by Dave West.

This week our blog is focussed on regulatory enforcement, or rather lack of regulatory enforcement. By our analysis, and excluding littering, between 13-20% of all marine plastic pollution could be eliminated tomorrow simply by irresponsible corporates meeting their legal duties to ensure the waste they generate remains within their control and not polluting the environment

Residual plastic bags being blown from landfills and waste facilities causes as many as 80million bags to be released into our environment each year[1] and polystyrene beads are often seen washing under facility’s fences and into the stormwater drains.  Both sources can be readily eliminated through simple management regimes.

At many plastic recycling facilities recovered plastics are sorted and shredded outdoors creating a production line of microplastic pollution, with residual plastic films, fibres and dusts then becoming airborne and escaping the premises. Industrial waste composting facilities too often have inadequate sorting facilities and the compost they make is often riddled with tiny plastic pieces.

Combined, these two sources represent some 8-10% of all MPP found in Australia’s oceans and on shorelines. It is 100% avoidable and the polluters are already legally responsible for ensuring their waste can’t escape their premises.

In plastics manufacturing too, there are staggering amounts of plastic resin pellets and flake (the raw materials used to make plastic packaging and products) escaping plastic extrusion and blow jet moulding operations. 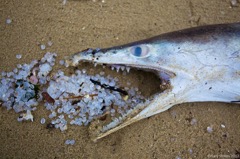 These pellets, often called ‘mermaid’s tears’ (or ‘nurdles’)  because of their devastating impact on marine wildlife, are spilt during transport, handling and while filling the hoppers at the plant - and are then carelessly swept into the stormwater drain. Like fugitive plastics from waste facilities it’s 100% avoidable and the polluters have a legal obligation to prevent the loss. The spillage rates are mind boggling as while as much as 30% of all Australian plastics sourced from such so called pre-industrial recycling – which is the proportion of spills they actually recover - that still sees nurdles represent between 1 and 2% of all MPP.
Some of our allies rank nurdle pollution at the very top of the threat tree when it comes to plastics in the environment. In an effort to reverse this unconscionable waste, one of our strongest allies, Tangaroa Blue has adapted the fantastic Operation Clean Sweep program for Australia and launched a resource and training package to help plastic manufacturers tackle their nurdle waste – check out Heidi Taylor from Tangaroa Blue telling us a little about Operation Clean Sweep (above). You can find out more about the program itself here . 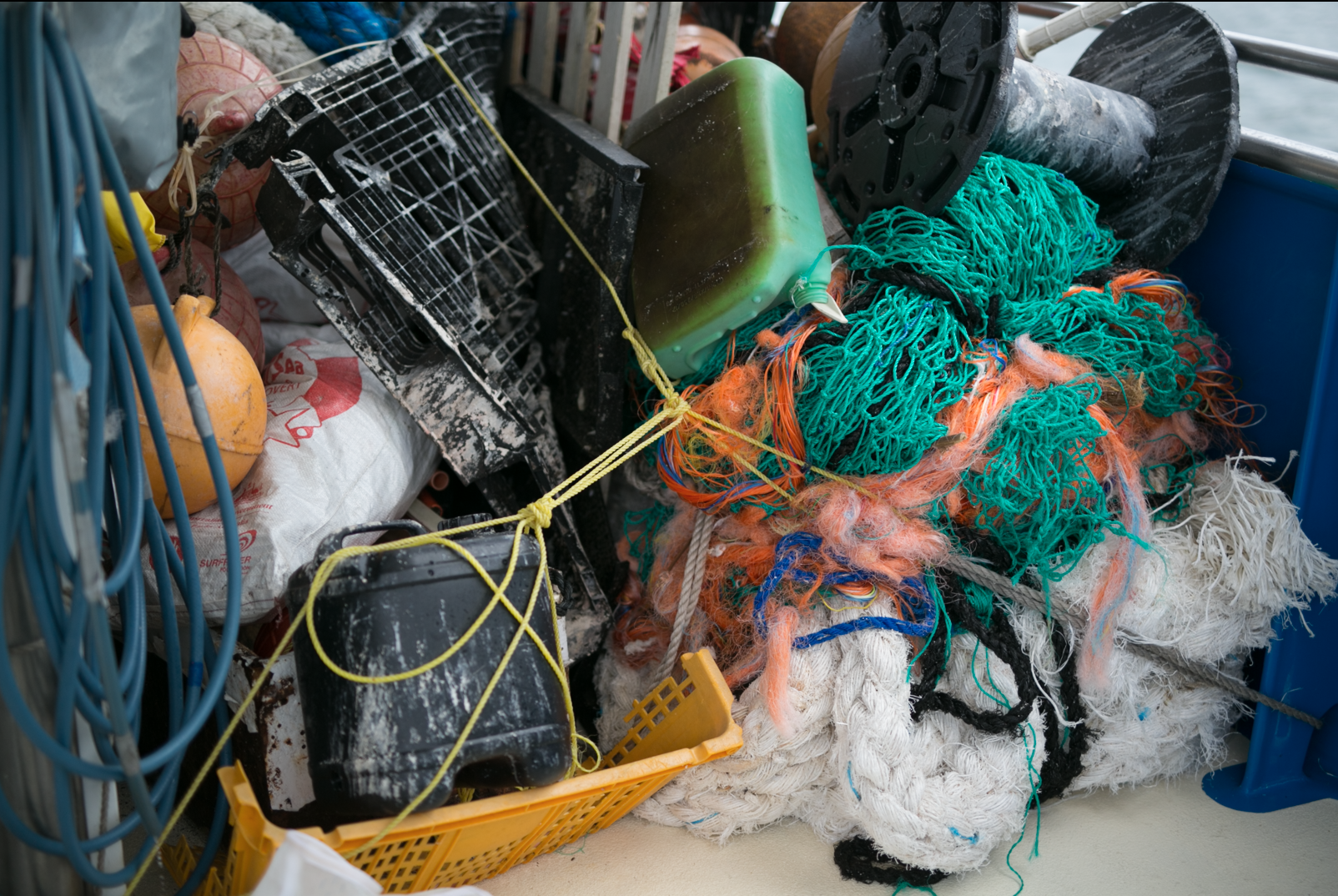 Another 10% of all MPP comes from maritime industries – and simply put, is generated from Australian and visiting vessels throwing their waste overboard– whether that’s cutting away tangled nets rather than recover them; lost cargo that has been poorly secured during shipping; or ship operators throwing their waste overboard.
Frustrated, Boomerang Alliance sought advice from the NSW Environmental Defenders Office (EDO) and we continue to consider bringing community charges on some of these rogues. The EDO reviewed the legal obligations of operators along the east coast – and the position is clear:

In NSW, the provisions most likely applicable to the release of plastic nurdles in waterways are:

i. the general offence provision against disposing waste in a manner that harms the environment (POEO Act s 115);

In Victoria, potentially applicable provisions include:
i. an offence for premises that carry out scheduled activities and discharge waste into the environment without or in breach
of a licence (EP Act s 27);
ii. offences for causing or permitting an environmental hazard to occur in relation to industrial waste, or dumping waste
(s 27A);
iii. causing or permitting waters to be polluted (s 39);

ii. causing an environmental nuisance, including by contamination (s 440);

iv. carrying out an activity without or in breach of an environmental authority (ss 426 and 430 respectively).

It’s clear that in each instance these are illegal acts, so you’d think our environmental regulators whose primary duty is environmental protection would be swarming over these guys, but there not.

In fact a review of the prosecutions and penalties on the public registers we could access didn’t show a single prosecution and penalty – ironic considering my colleague Anthony Lazzaro and I did a quick tour of industrial facilities around Botany earlier this year and identified 9 operations ignoring their responsibilities. Why isn’t it enforced? Disgracefully our regulators don’t seem to think it’s a priority and the only way anything will change is if we pressure our Environment Ministers and get the EPA’s off their butts to enforce the law!