A message from Midway on the impacts of plastic pollution

The Boomerang Alliance is asking all of our nation’s MPs and leadership to take 3 1/2 minutes to watch this video by leading photographer and artist Chris Jordan, “A Message from Midway”.

The video is a timely reminder that the plastics which now dominate the products and packaging we throw out daily, have become one of the most dangerous threats to the preservation of our unique coastal environment and its magnificent biodiversity.  And Australia has not escaped the threat.

Our oceans are so infested with plastics that mother seabirds are inadvertently choking their chicks – catching so much plastics in the gullet that they are feeding their chicks a diet of plastic and associated toxic chemicals. Like the Albatross in Midway, increasing numbers of Flesh Footed and Wedge Tail Shearwater chicks that recently hatched on the supposedly pristine Lord Howe Island are now choking to death.

That plastic is ours – littered and dumped plastics that are inappropriately managed in Australia and spread around our coasts. Institute for Marine & Antarctic Studies Research Scientist, Dr Jennifer Lavers estimates that in Australia, 90-100% of Flesh-footed Shearwater adults and chicks ingest plastic.   Overall more than 630 marine species (fish, seabirds, mammals and turtles) have been identified as being impacted by marine plastic pollution.

But that’s not all, in April 2016 the Senate Report into the impact of plastics on Australia’s marine environment identified there is a, “A looming health crisis associated with seafood consumption”.  They supported urgent action on the pollution. 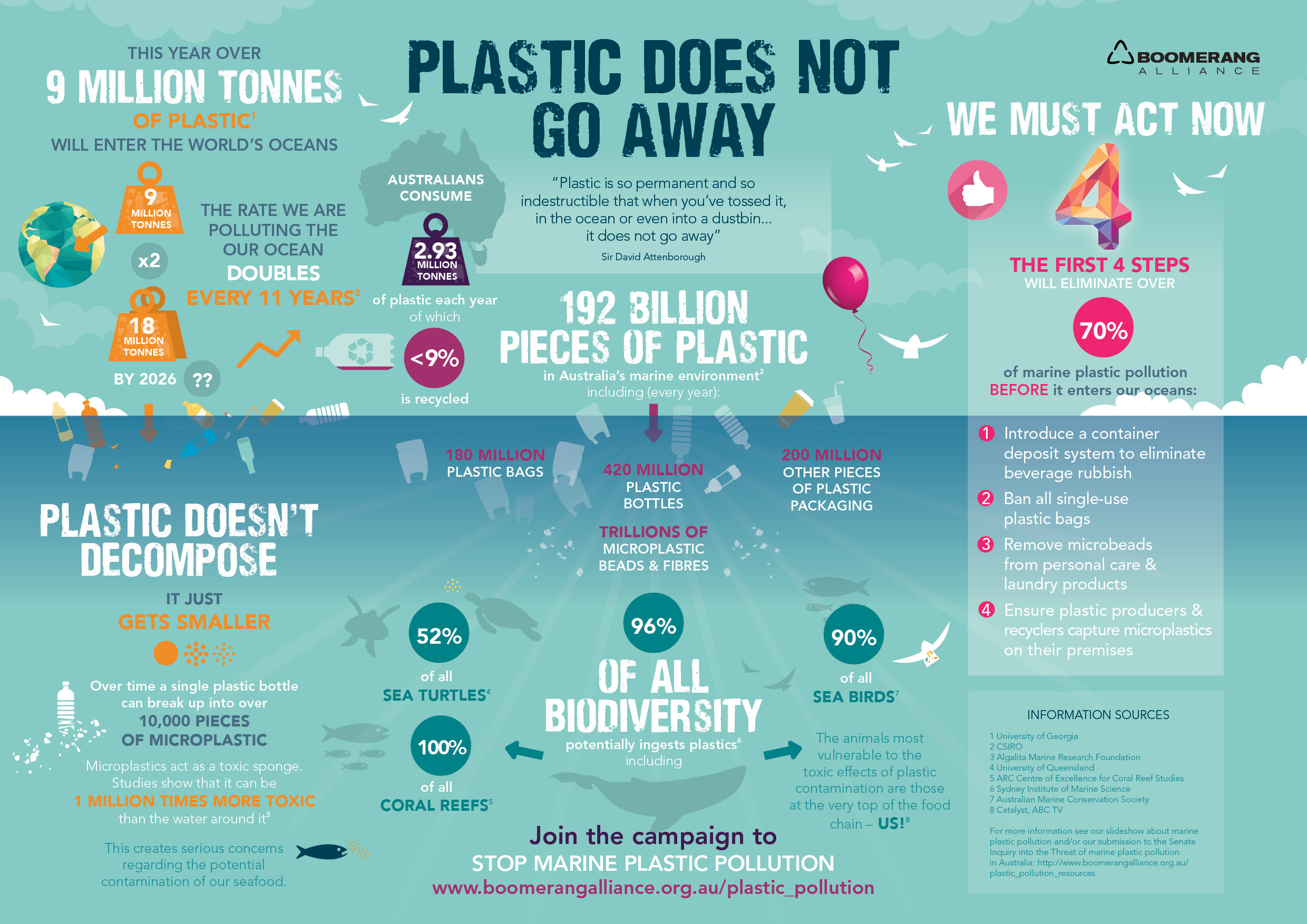 We hope you will consider taking a leadership role within both your parliament and party room – to ensure that turning the toxic tide on marine plastic pollution gets the urgent attention it deserves.