‘I grew up on the beach picking up shells,’ he recalls, ‘but my son, he picks up plastic. And that is the difference in one generation.’ 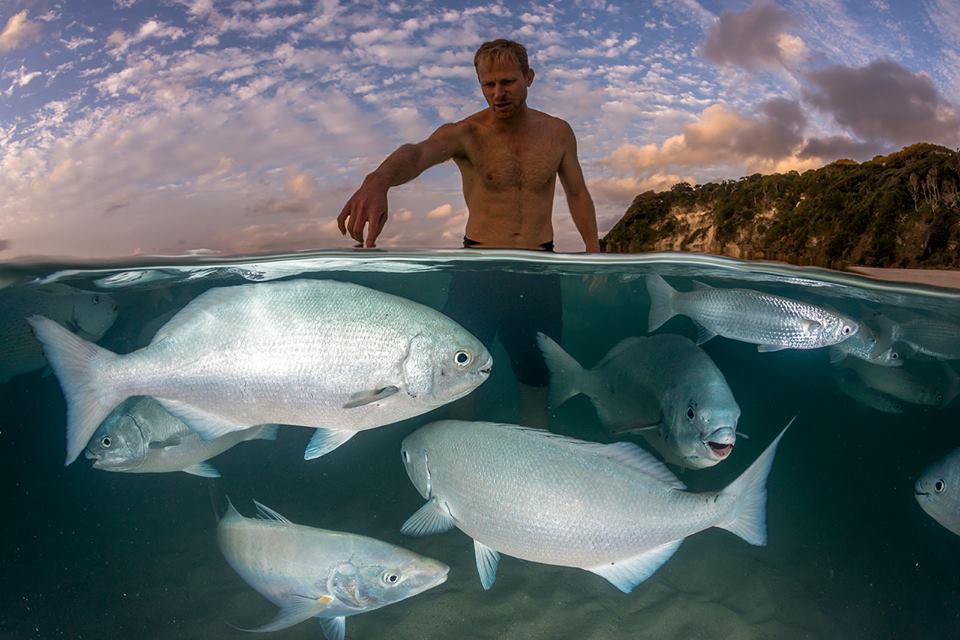 But ultimately, his passion resides in the health of the marine environment.

A UNESCO heritage site of global natural significance 780 kms north east of Sydney, this once pristine tiny landmass is being pounded by an unrelenting tide of marine plastic sweeping from Australia’s east coast. And the impact on the island’s increasingly decimated shearwater population is providing an alarming barometer for the apocalyptic state of our oceans and marine wildlife.

Following an eye opening and harrowing expedition, Justin spoke with Boomerang Alliance of his firsthand encounters with animals ‘bulging with plastic.’

In the wake of a wave of industrial phase-outs, he discussed the ultimate role of legislation in the war against waste and why altering cultural habit is key. 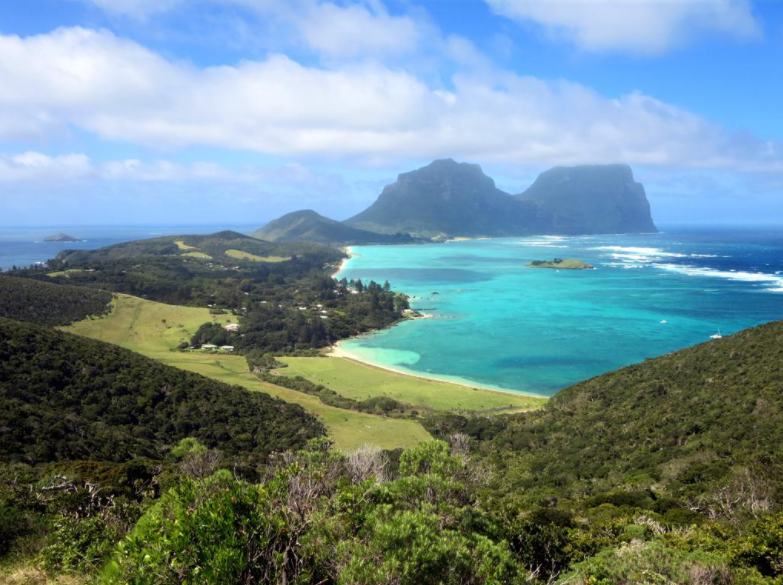 Talk to me about your trip out to Lord Howe? When did you get out there?

So I went out in early May, for almost week accompanying a team of research scientists documenting the shearwater population and the effects of plastic pollution. And also to look at the state of the marine park out there.

We keep reading about the effects but you were on the battleground. Did you have an opportunity to be present when plastic was actually being extracted from one of these deceased birds?

I did, and I saw and experienced much worse.

Tell me a moment that stood out for you.

Well one night, I went out with three researchers into the forest where the young shearwater chicks are running and scampering around before they move down to the beach to make their first flight.

So we’re getting settled down and suddenly a shearwater ran up to us because they’re attracted to light. And this little guy ran straight over my leg and one of the scientists was able to grab it. And as soon as felt it, he could tell there was quite a lot of plastic inside. We could hear the plastic crunching in it’s belly. It's a sound you can't ever forget.

And he tried to pump it’s stomach, which is what they’re doing to measure the amount of plastics being ingested so they can be healthy enough to fly off. However, this one wouldn’t eject the plastic, it was so chock-full.

They took that bird home and unfortunately it died overnight. 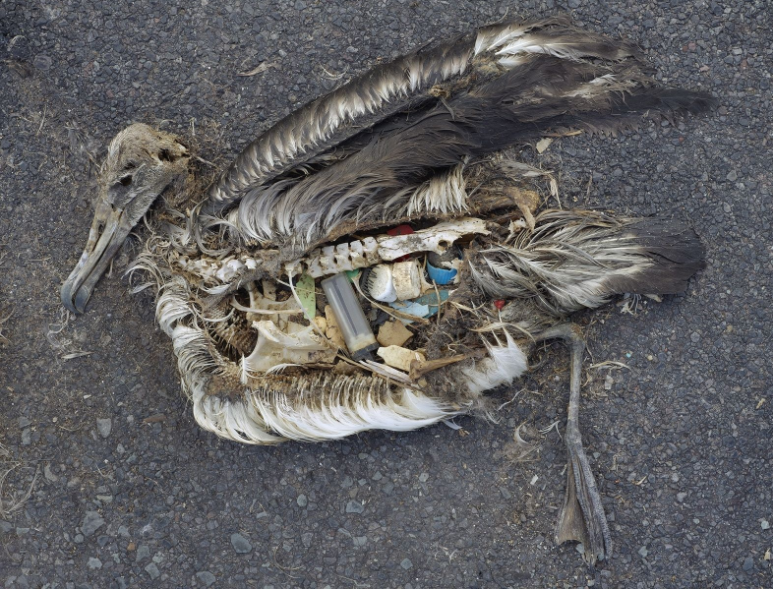 Were you there for the autopsy?

I was and basically the pieces of plastic they pulled out of that one birds stomach covered an entire paper towel. It was just devastating.

What were the contents?

That’s surely not something you can forget about, it sounds traumatising.

You can’t unsee it. And what strikes home is is that we’ve done that. We are all responsible for that. This island is 500 kilometres from major populations on the east coast of Australia. These birds have done nothing to deserve this and are so isolated from us. We should have zero impact on them.

You can’t forget that experience and feeling of guilt that we will be responsible for the death of the shearwater population and similar breeds of seabirds, like the albatross.

The nature of how the parents feed their young, they’re feeding in waters with major levels of plastic pollution and transferring that back directly to the mouths of their chicks. And as a result, over 10 per cent will die before their first flight alone because they are not strong enough. That’s us, that’s all on us and we have to change our behaviour if we’re going to save these birds. 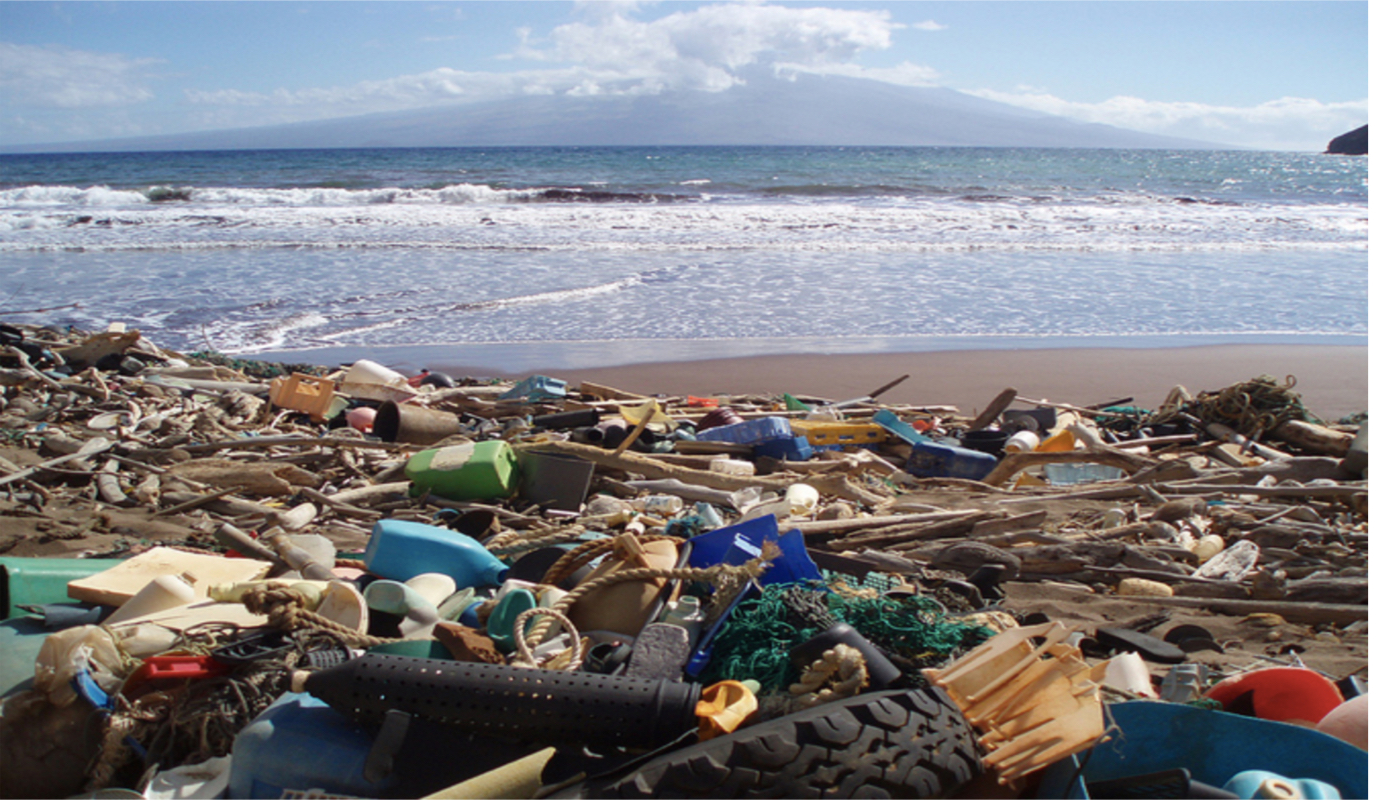 With the retail lightweight bag bans and announcement that all Australian plastic packaging will be recyclable and compostable by 2025, there have been so many positive steps but it’s still only a fraction of what needs to be done. Do these moves motivate you or are you frustrated by a lack of urgency in this war on waste?

I’ve got to say in the last twelve, eighteen months of being involved in this campaign work, I’ve really noticed a shift in public consciousness around wasteful consumption, single-use plastic in particular. I think we’re getting such strong messaging coming from the public ‘to say we want to change.’

It’s good to see Woolworths and Coles takes some steps like this but it’s only one thing, there are so many ways in which single-use plastic has permeated our lifestyle and our wasteful consumption in Western cultures. And now we’re seeing plastic overwhelming developing countries as well because its so convenient.

Is it legislation or industry that’s going to achieve what needs to be achieved?

A government implement bans all the time. We ban products that are unsafe for children from being sold and if they are sold, we have enforcement powers in our fair trading organisations to take action to stop them.

But ultimately the outcome is far better if we change culture. Plastic use has to become as socially unacceptable as smoking in a playground. That’s where we need to get if we’re going to change the reality for our marine life.

Is the environment an afterthought for the Berejiklian admin?

It’s barely an afterthought for the Berejiklian administration, let’s get real. They’ve downgraded the department of the environment to an office that used to have a standalone minister and now has a minster who has other things on her plate, that clearly take priority. Nearly all aspects of the environment are superseded by primary industries in NSW. Farming and fishing always have greater say over our land and our water. It’s clear the only thing the coalition government sees as part of their environment agenda is the litter programme and that has been narrowed down to a container deposit scheme and even that has been poorly implemented.The environmental platform of the NSW government is a joke! 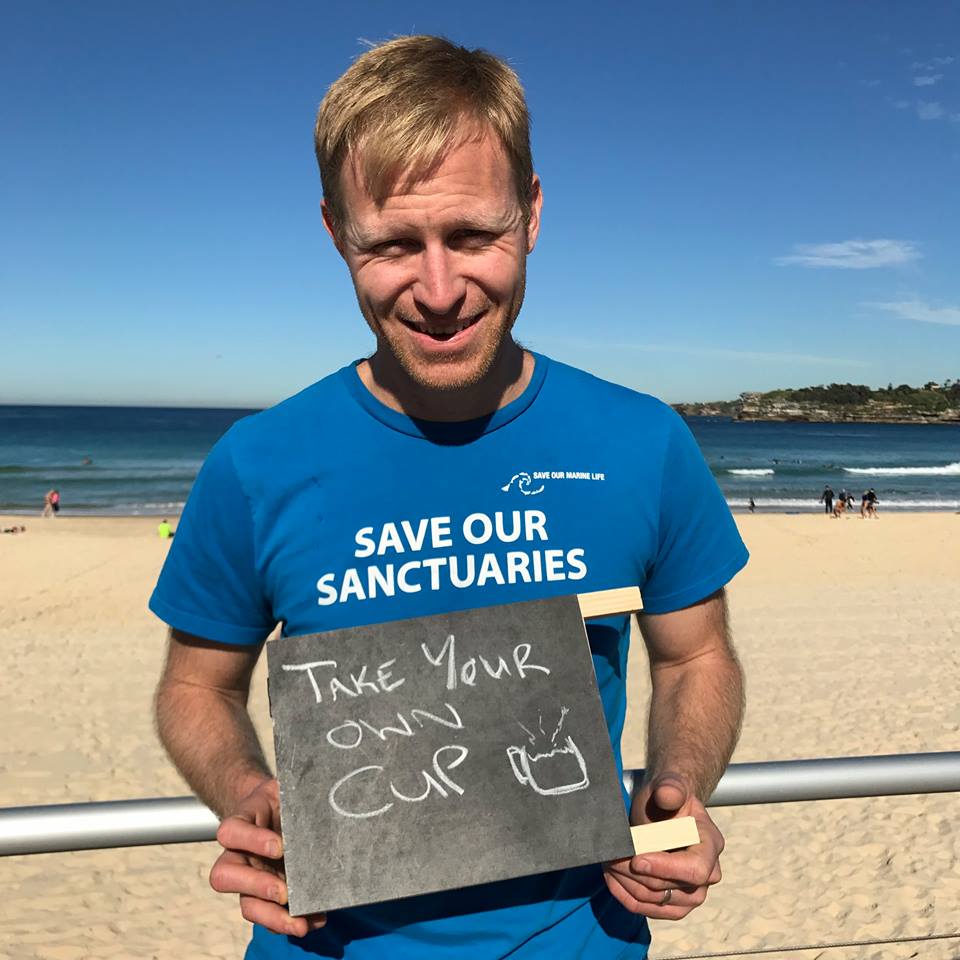 Will it be a different story under Labour, should they form a new government? Some suggest their environmental proclamations are simply panhandling for votes?

My job as a Greens member of parliament and an activist in the community is to put pressure on the Labour opposition to have a strong environmental platform and make sure they make good on that if they are in a position of government after the next election. That’s also my job when it comes to the coalition government but it’s a harder task.

Labour says the right things. I think they understand the problems much better than the coalition does, they’ve certainly made that case through how they’ve voted on environmental legislation. I respect they have good positions on plastic bag bans and protection of our marine estate through new and expanded marine parks. And I will hold them to those promises.

The EU currently appears to be leading the way when it comes to environmental legislation and waste management. But why is the protection of the marine environment a contentious issue here when Australians are so connected to the ocean? It’s part of the Australian DNA.

It’s two things. We are blessed with space so we don’t live as close to our waste as they do in Europe. It’s out of sight, out of mind. But now in Australia, it’s becoming a problem we can no longer avoid. It’s starting to be right in our faces.

We’ve also been blessed with a couple of decades of economic growth that have made us complacent and wasteful.

I would hope we can choose to live differently, whether the economics demand it or not. Ultimately the impact of wasteful consumption is far more than just a pile of rubbish in the corner, it has very real consequences on the environment and it’s a huge cost to us as a society to manage waste. And people are getting that now, they’re realizing that being responsible and sustainable and not being wasteful is good for all of us.

So hopefully we can take a leaf from our European counterparts because the advances they’ve been making are incredible.

Do you ever get any facetime with the federal or NSW state environment ministry? Do you ever get to properly discuss matters with Josh Frydenberg or Gabrielle Upton?

Never and it’s extraordinarily disappointing. Now I have very productive, informal relationships with coalition MP’s who are in my house in parliament and we can converse very freely and honestly with each other and that is very useful. But when it comes to seeing them consider any alternative points of view that come out of these informal relationships, I don’t see that. All I see is they are very caught in their own agenda, which is in no way built around the environment in my opinion. 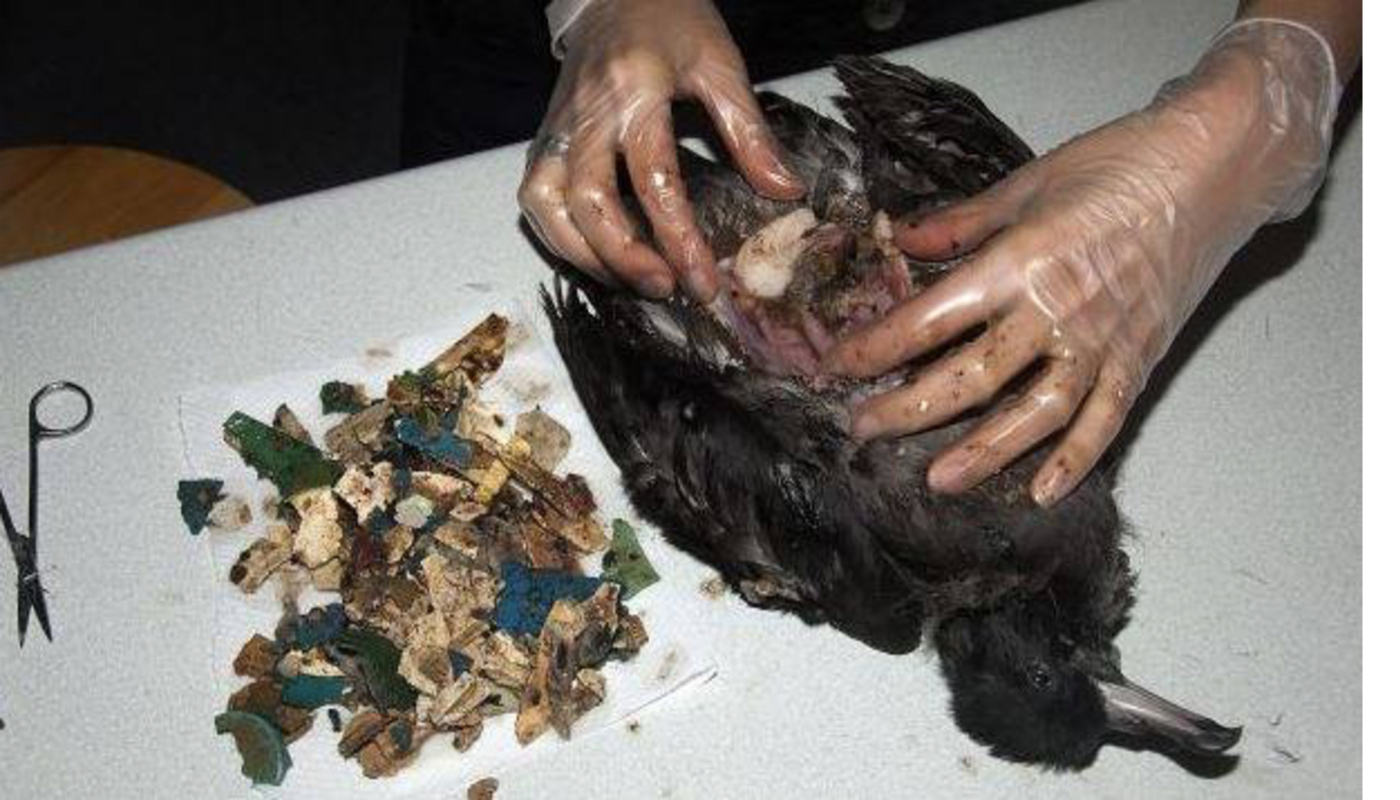 What agenda is that?

It’s one built around their internal politics and positioning and in the NSW parliament, often it’s the interest of the conservative cross bench in the upper house which determines legislation; the Shooters, Farmers and Fishers party, or the Christian Democratic Party, and that leaves very little room to move for good works.

Malcolm Turnbull has been accused of dithering on environment issues, do you agree?

Turnbull is a particular disappointment because he was environment minister for a long time. He implemented some of the first Commonwealth marine parks in Australia and to see him undermine marine park protection, do nothing on plastic pollution, that speaks to him not being a very effective leader.

He certainly seems to swings in the wind of what he thinks is going to be best for him personally, which has been a huge disappointment for a lot of people.

And I don’t think anyone would deny that Australian parliamentary politics is particularly disappointing and that’s really had a huge impact on when it comes to advancing environmental issues in general.

With the huge spotlight currently on environment issues, could the Greens be part of forming a new government in the future? Is the crisis working to the party’s advantage?

I think sometimes there's disadvantage when environment policies are seen as just a space for the Greens. We need to ensure that all parties have a strong environment platform and ideally, the environment is not seen as a partisan issue. There is no reason why all involved wouldn’t want clean water and clean healthy oceans.

Ultimately, we need every side of politics and everyone in parliament understanding the issue and advocating for change.

Is that realistic given the current political climate? 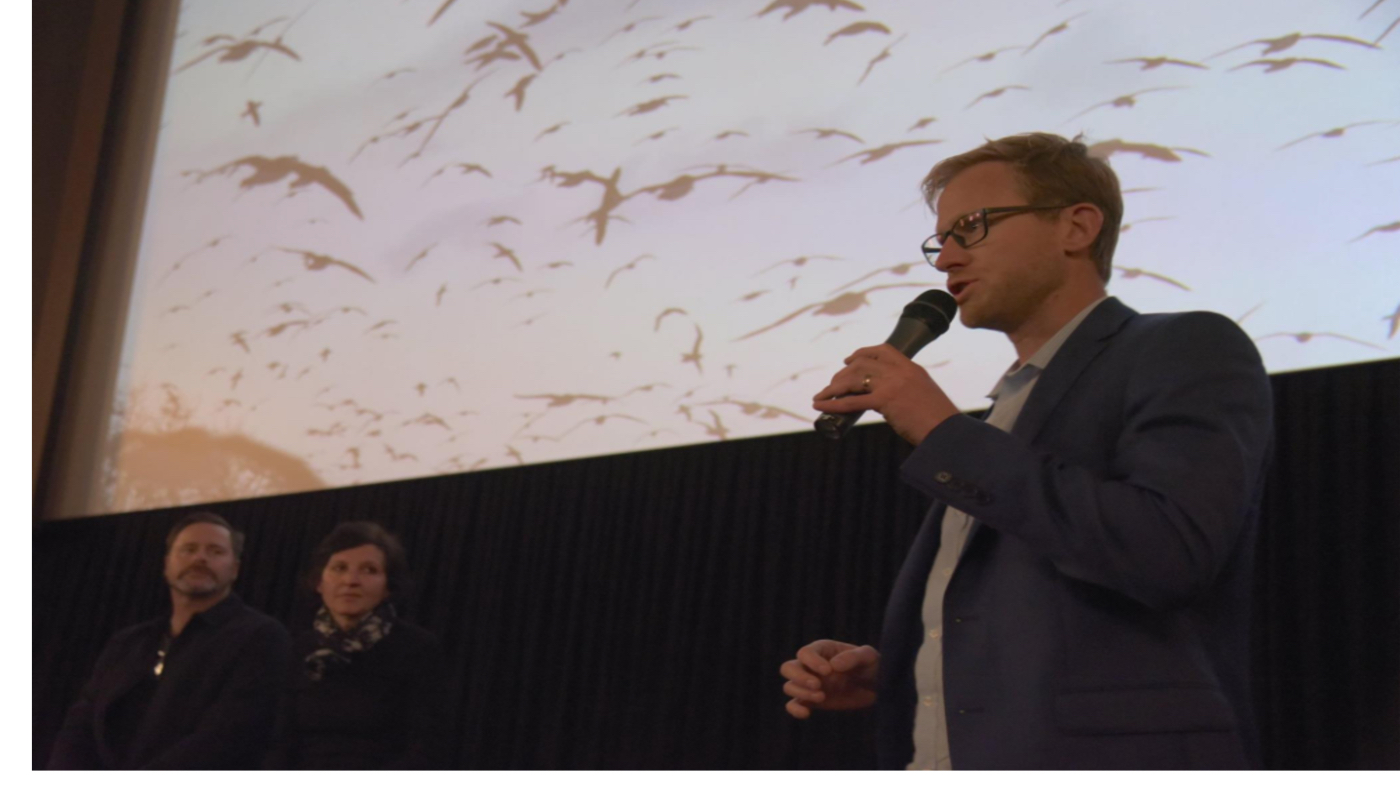 Clearly, it’s not working to the extent that we need but I would say we only have one state, unfortunately it’s NSW, that hasn’t committed to or implemented to a bag ban.

But nearly all states has some form of container deposit scheme in place or in trade and there’s now a very broad discussion on single-use plastics. Micro beads have been taken out of the system and there’s talk of responding to plastic fibre pollution from washing machines through either legislation or regulation.

It’s definitely part of the discussion. And interestingly some of the states that are the most progressive in these issues don’t have a great deal of influence from the Greens at all.

I know there are a lot of Lib Party MP’s who are passionate oceans lovers and surfers, they care about this issue. I think we are moving the right direction but it’s not at the top of the political agenda when there are huge social issues to contend with. But I like to think if we advance both social and environment issues at the same time, we’re going to build a better, healthier, more responsible, fairer future.