Following announced measures to tackle plastic pollution including phasing out plastic straws for paper back in January, Coca-Cola Amatil have doubled their commitment to sustainable packaging with a pledge to manufacture 70 per cent of their bottles in the Australian market with recycled plastic by the end of 2019.

Under the welcome new commitment, 'all small packages 600ml and under, including brands such as Coca-Cola, Sprite, Fanta, Mount Franklin and Pump 750ml, will be made entirely from recycled plastic' by the end of this year.

This indicates the amount of virgin plastic resin Coca-Cola use will be drastically reduced by an estimated 10,000 tonnes each year from 2020. 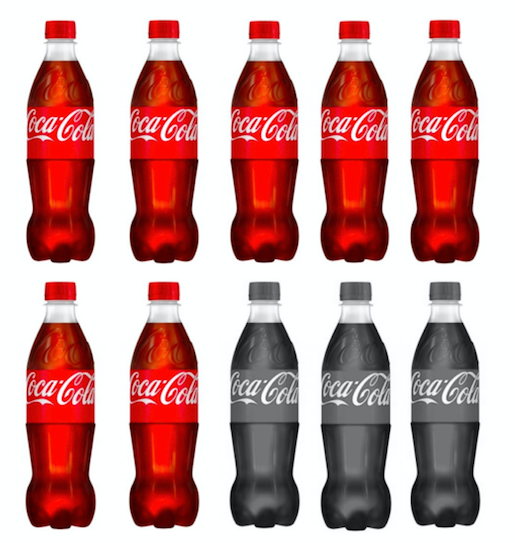 'That is why we will make 70 per cent of our plastic bottles entirely from recycled plastic by the end of 2019.

'This is a big commitment to recycled plastic – the largest of its kind by a beverage company in Australia – and will significantly reduce the impact of our business on the environment.'

And while welcoming the announcement, Jeff Angel, director of Boomerang Alliance said there is much more to do.

Mr Angel said: 'It's a good move but Coke are on a long journey. Will they support remaking the bottles in Australia so our recycling industry has an assured future?'

Tuesday’s commitment indicates an early arrival at the 70 per cent recycled plastic packaging goal, as outlined under the federal government’s 2025 National Packaging Target.

Toby Hutcheon, Queensland manager for Boomerang Alliance, was 'pleased to see Coke doing the right thing' and 'supporting recycling by making more of their bottles from recycled plastics.'

He added: 'Next thing it would be good to see some of their product lines using refillable bottles too.'