With global annual consumption of drink containers reaching 2 trillion, BA joined forces with environment groups in 20 countries across five continents to call for worldwide deposit refund schemes as a solution to bottle and can pollution thrown away every day.

At 9.00am local time on the 9 May 2019 in each country, over a 24-hour period, the network of international eco organisations released a series of aerial photographs and videos of messages written on hillsides, beaches and buildings calling for a ‘Clean Planet’.

Orchestrating the Australian action, BA joined forced with Beach Patrol Australia, gathering dedicated supporters to spell out 'Clean Planet' on Melbourne's Brighton Beach, highlighting the glaring fact that Victoria remains the only mainland Australian state or territory without a container deposit scheme. And the state is expected to landfill another 2 billion drinks container in 2019. 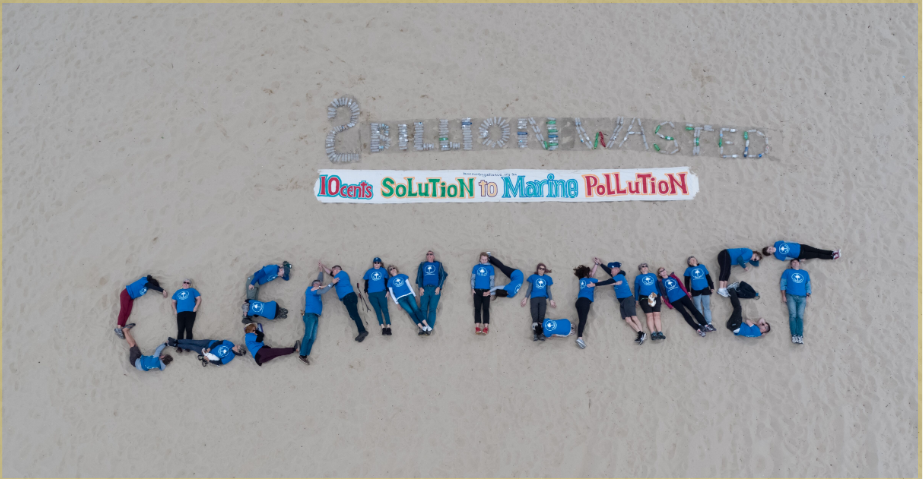 Dr Annett Finger from the Boomerang Alliance, who organised the action in Melbourne said: 'Each year that Victoria watches and waits, 2 billion containers are either landfilled or littered. Worldwide, refund schemes have been proved to be most effective at reducing litter and increasing recycling. What’s more, when Victoria joins the other states, we estimate that local communities and charity groups will receive a $50 million boost through the scheme.”

Meanwhile Dr Ross Headifen, head of Beach Patrol Port Melbourne added: 'We laid our bodies in the sand forming the words ‘CLEAN PLANET’. We did this because on average, a quarter to a third of the litter we pick up is drink containers and we are sick and tired of doing that. The community wants this. No more stalling - we need the state government to act and fix this now!”

The Clean Planet global initiative is aimed at raising awareness of the environmental impact of drinks packaging with a call for governments across the world to extend, update or introduce a deposit return system in each country.

Campaigners are demanding change through the introduction of a deposit return system in those countries that do not yet have one, and extending deposit systems in countries that already have one to make them more effective by including all cans, bottles and cartons.

A list of campaign groups involved in the Clean Planet action, in order of when each event will take place:

In a joint statement, the Clean Planet campaigners said: 'The scale of the pollution problem requires immediate global action. Now is the time for every government around the world to stand up and take action against the environmental devastation caused by drinks cans, bottles and cartons – we cannot wait any longer for a clean planet.

'Through effective deposit return systems that collect and accept every single type of drinks container, introduced right across the world, we have a chance to stop choking our planet with the trillions of bottles, cans and cartons that are produced every single year.' 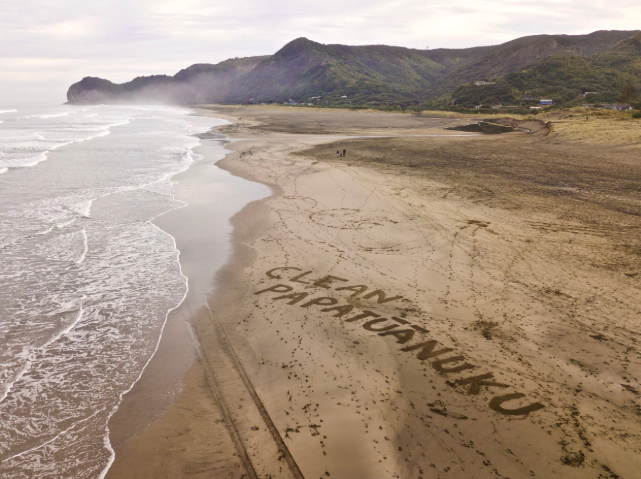 The case for deposit return systems

When introduced, effective deposit return systems simultaneously boost recycling rates for drink containers to more than 90%, reduce the environmental damage they cause by stopping them from being littered and make producers of these products responsible for the cost of the wasteful packaging they create.

This leads to more recycled content in drink containers and more refillable containers used as part of a circular economy, creating jobs, reducing waste and slowing down the depletion of natural resources.

In 2015, it was estimated that 1.6 trillion drinks containers were sold across the world. Using growth projections based on the increase in the numbers drink container sold from 2014 to 2015, global sales of aluminium cans, glass and plastic bottles as well as drink cartons, pouches, sachets in 2019 look set to reach 1.9 trillion.

Yet ineffective waste collection and recycling systems across the world mean that a large number of these single-use products are left polluting the environment and many that are collected as waste are either sent for incineration or buried in landfill, rather than recycled.

**Photographs and videos of the global CLEAN PLANET messages will be available at 9.00am local time in each country taking place throughout the day on Thursday, 9 May 2019 in this Dropbox folder