The failure of today’s meeting of environment ministers to agree on national coverage of plastic bag bans is due to the intransigence of NSW. Other states (WA, VIC) without bans have already announced they are looking at such action. NSW resists with the state being ever more flooded with polluting lightweight bags. 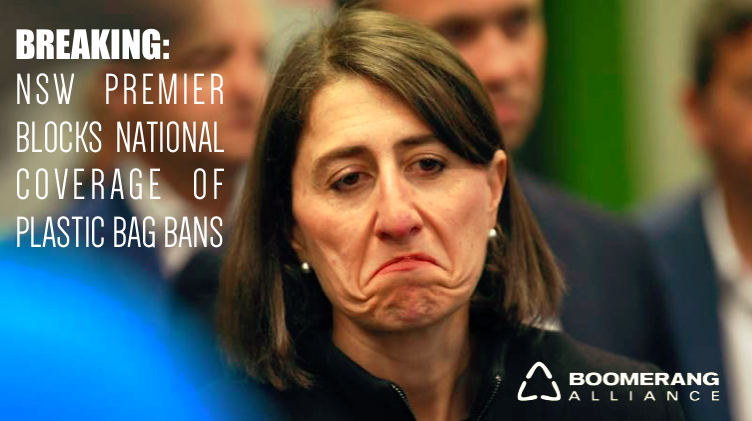 The Berejiklian’s government decision is an invitation to more damage of our environment and marine animals. A 10 year old can understand this. Why can’t our Premier and her advisors?

The campaign against the NSW government’s position won’t stop. Local and peak community groups are committed to save the environment from short sighted politicians. The Berejiklian government can expect much more heat from the campaign.