The Australian Government Department of the Environment and Energy has released the Draft Threat Abatement Plan for the impacts of marine debris on vertebrate marine species (2017) for public comment. The comment period closed on 13 April 2017, however you can still read the draft plan HERE.
Marine debris can take many forms and includes waste thrown from ships at sea, to discarded fishing gear to plastic litter washed into the ocean from the land. In its 2014 Marine Debris Report, the CSIRO found that, 'approximately three-quarters of the rubbish along the coast is plastic. Most is derived from nearby sources….’ Our focus is on plastic debris, particularly from discarded, disposable plastic items.
The Australian Government is now seeking your views on how to address the impacts of marine debris. Our Top 5 recommendations include: 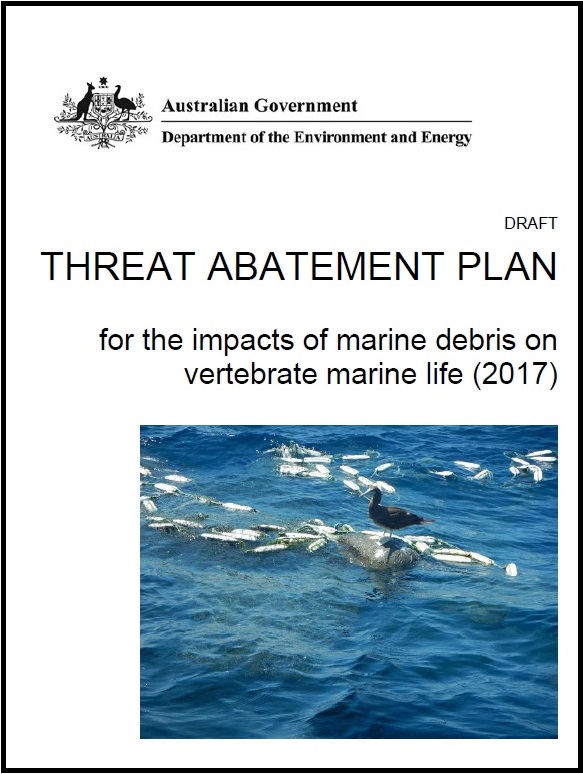