12,472 people call on the NSW government to ban plastic bags

Today the Boomerang Alliance and Plastic Bag Free New South Wales presented a petition signed by 12,344 voters calling on the NSW Government to ban lightweight plastic bags. Recent plastic bag kills of rare marine life around Sydney, including a Leatherback turtle and a rare Risso's dolphin, have highlighted the need for action.

There are 5.25 trillion pieces of plastic floating in the world's oceans and an extra 8 million tonnes of new plastic debris enters the water every year. With an estimated 46,000 pieces for every square mile of ocean, plastic is responsible for killing over 1 million sea birds and over 100,000 marine mammals annually. After an animal is killed by plastic bags its body decomposes and the plastic is released back into the environment where it can kill again. This has got to stop! 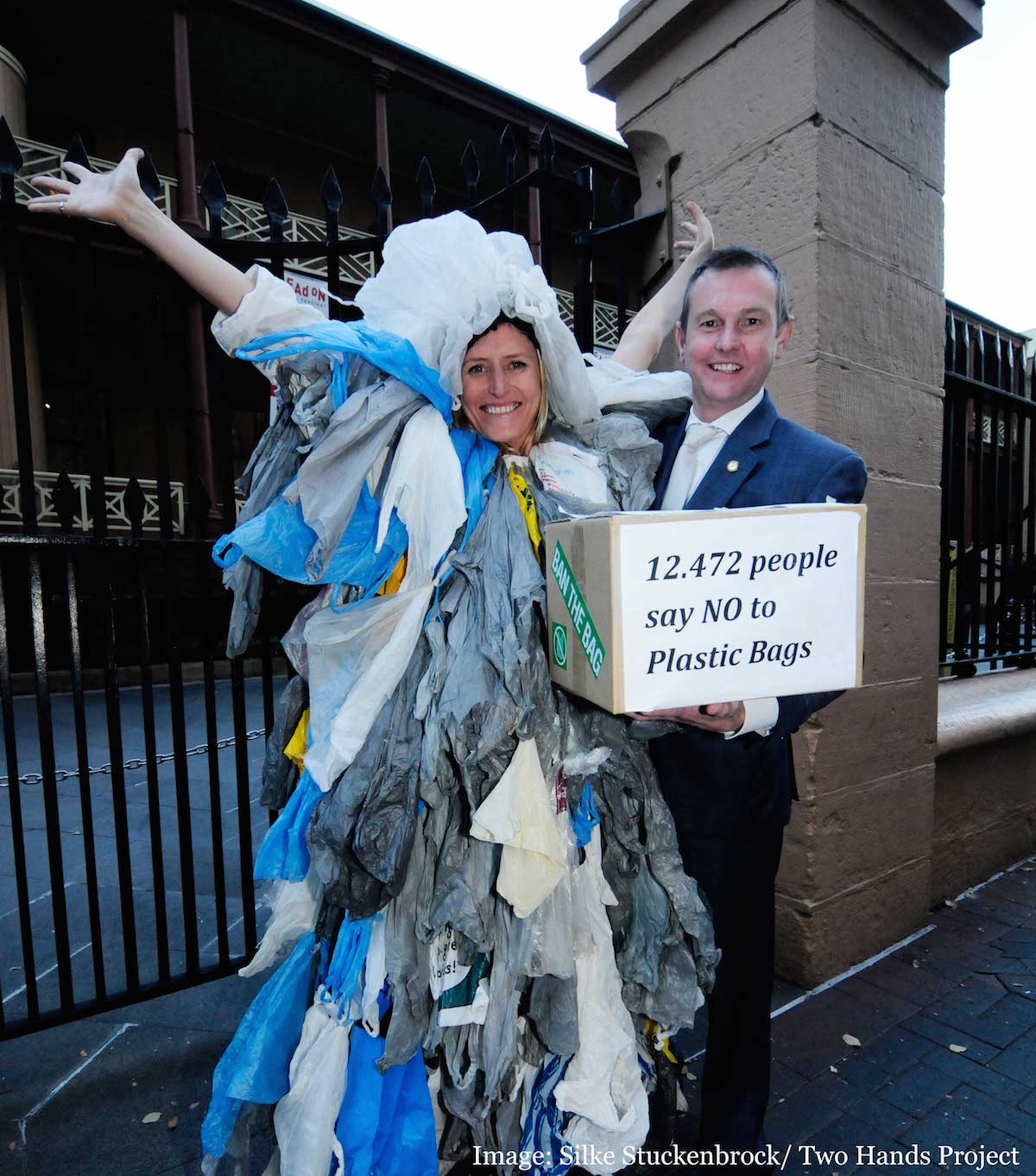 The petition was delivered to Bruce Notley-Smith MP, Member for Coogee, by a 'plastic bag monster' made of 380 bags representing the amount of single-use plastic bags used in Australia every 2-3 seconds.

Bruce has committed to present the petition which will trigger a debate in the Legislative Assembly in the next few months, and he will lead the debate on a lightweight plastic bag ban.

Other states need to act and fast!