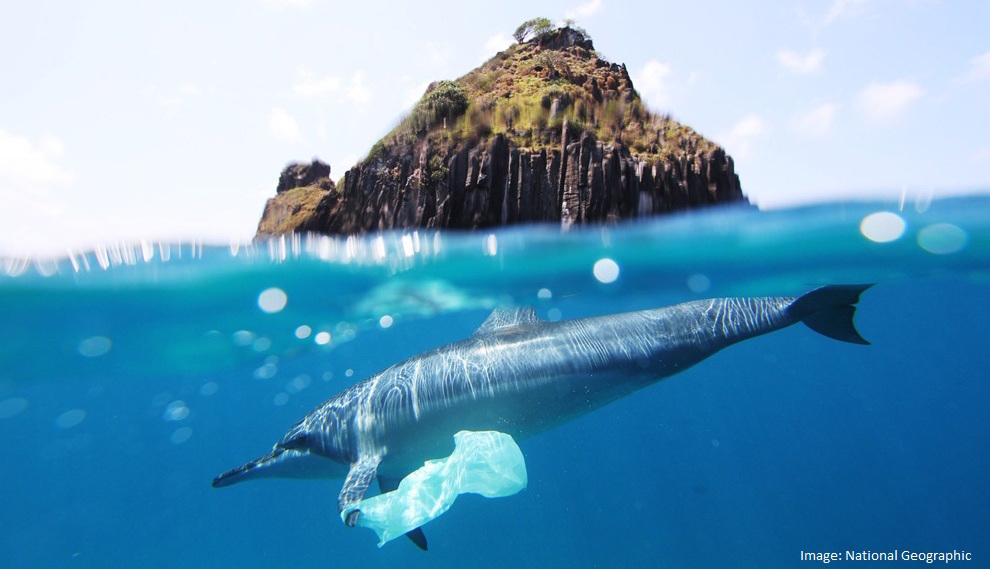 When a rare and beautiful Risso’s Dolphin swallowed a plastic bag floating in the ocean off Sydney, he swam to shore to beach himself and die. There was little rescuers could do for him. Risso was already critically ill with an infection caused by the plastic lodged in his stomach and had been wounded by a cookie-cutter shark - known to prey on weak and dying animals.

He couldn’t be saved.

Many other dolphins are in imminent danger of meeting the same fate due to the plastic epidemic clogging our oceans. 5.25 trillion pieces of plastic floating in the world's oceans and are killing hundreds of thousands of marine animals every year, including Australian dolphins just like Risso.

Can you imagine swallowing a plastic bag, having it lodged inside you as you search the oceans for help, until over time it poisons you? It’s a slow and cruel way to die.

Right now we have a rare opportunity to protect our marine animals from deadly plastics and make sure Risso’s death was not in vain.

In a shocking act, Federal Environment Minister Greg Hunt delisted packaging from the priority list for better regulation under Australia's Product Stewardship Act. He is now about to review the national marine debris plan which aims to limit the damage that plastic and other waste products cause to Australia's marine life.

With a little bit of leadership and some smart policy changes at this critical time we can make sure millions of tonnes of plastic stay out of our oceans, off our coastline and most importantly, out of dolphin’s stomachs.

Despite a checkered and unpredictable stance on the issue of plastic pollution in the past - Minister Hunt has recently shown a lot of enthusiasm for cleaning up our oceans.

Our best opportunity to regulate and manage plastic is to simply include packaging in our Product Stewardship Act for strong action. This Act is already in place, and it’s already working to manage the environmental impacts of hundreds of other harmful materials like electronic waste. Including plastic packaging in this framework would be a quick and important win that would help keep tonnes of plastics out of the ocean and help prevent more senseless marine animal deaths.

Let’s make sure that Hunt feels thousands of eyes watching his next move on marine debris reform and knows beyond a doubt that this issue is a top priority for the community. Let’s make sure that when he sits down in with his policy advisors in Parliament House to hash out the plan that the image of Risso’s plastic-clogged stomach is front and centre in his mind. 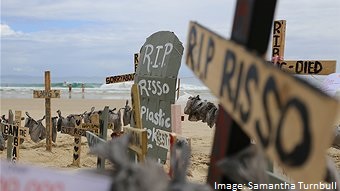 The death of a rare Risso’s dolphin from plastic poisoning is a sad warning bell...

The death of a rare Risso’s dolphin from plastic poisoning is a sad warning bell for the state of our oceans.

You have voiced your concern about marine plastic pollution and the impact on our rare wildlife. I urge you to fight the rising tide of plastic by reinstating packaging as a priority under Australia’s Product Stewardship Act. Please resist weak industry alternatives - we need to see leadership and swift, effective action.