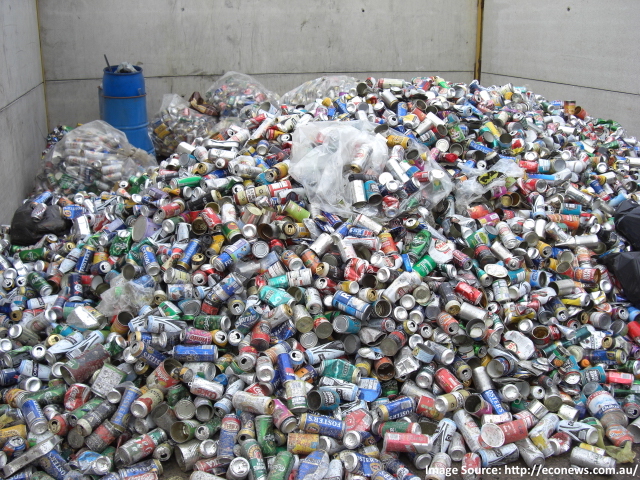 The Northern Territory’s Container Deposit Scheme was initially implemented in January 2012, but the scheme’s introduction wasn’t all smooth sailing. Despite some 35 million containers being collected in the first 12 months, beverage companies including, Coca Cola, Lion and Schweppes, mounted a legal challenge against the scheme in December 2012. The beverage producers argued that the NT CDS contravened the Commonwealth Mutual Recognition Act, which seeks to ensure that products and services provided in Australian states and territories are done so under consistent conditions.

In March 2013, the beverage suppliers won the court battle on procedural grounds and the scheme ceased operation much to the disgust of the community. Activist group ‘Out of Order’ responded by placing 'Out of Order' signs on Coca Cola Amatil vending machines in capital cities across Australia, seeking to deliver a blow to drink sales nationwide for a brief period.

The NT Government, however, was determined to continue the fight and covered the cost of deposits to keep the scheme in action, while launching an appeal through the Council of Australian Governments (COAG). Ultimately, the Federal Executive Council (ExCo) took the appropriate remedial action and the NT scheme was reinstated in August 2013, forcing the beverage companies to resume the repayment of deposits on eligible containers.

While the impost of the NT CDS on the beverage companies was relatively small, it is believed that the court action in the NT was designed to demonstrate the financial power of the beverage manufacturers in the hope of discouraging other jurisdictions from considering implementation of similar schemes.

Thankfully, the NT Government held its ground and placed environmental concerns ahead of big business pressure. The NT CDS continues to grow in popularity, having reached more than 84% returns in the 2018-19 financial year – a massive increase on the previous very low recycling rate.  See the regular reports.

For more information about the NT CDS and collection depots: https://ntepa.nt.gov.au/your-environment/container-deposit-scheme/collection-depots