The Queensland Government has established technical working groups to advise on the drafting of a public discussion paper on single-use plastics. The paper is expected to be released later this year or in early 2019. The QLD program is a follow-on from the plastic bag ban and container refund scheme and seeks to identify the next policies and programs to address plastic litter and waste.

The program will examine single-use plastics in the home, away from home, in industry, business and agriculture and in the marine environment and put forward actions and solutions to address the most problematic of these. 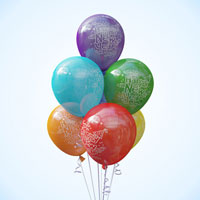 Our allies from Zoos Victoria, No Balloon Release Australia and many other environment organisations have sent a joint letter to the Commonwealth and State Government calling for a ban on the deliberate release of helium balloons in Australia.

Currently NSW has a ban that is not policed and largely ignored. QLD officially recognises balloon releases as littering whilst the situation is less clear in other States and Territories. It is hoped that the letter will push all governments to introduce a consistent policy that bans helium balloon releases.

Orchestrated by new Federal Minister for the Environment, Melissa Price, Australia is aiming to dramatically reduce unnecessary plastic packaging by 2030.

Part of ambitious targets laid out by the 2018 National Waste Policy which is set for release by the end of the year, Australia would divert 80 per cent of its waste from landfill and reduce the total waste generated by every Australian by 10 per cent by 2030.

A 30 per cent rate for recycled content across all goods and infrastructure procurement, along with half the volume of organic waste sent to landfill, makes up the rest of the policy which was leaked to the press late September.

COLES LITTLE SHOP OF HORRORS TO RETURN IN 2019? 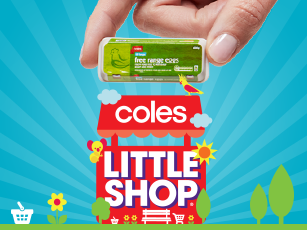 Such was the baffling success of Coles’ Little Shop promotion, launched amidst the chaos of the plastic bag backflip, media reports are suggesting the supermarket retailer is preparing a second phase of the collectables in 2019.

While the current round of mini plastic toy models have insidiously infected the natural environment, Coles is reportedly planning another assault on the consumer market.

Boomerang Alliance will soon enter into talks with the retailer with intentions of steering a redirection towards environmentally-conscious policy.