In Victoria, our focus is building momentum for CDS. Our current aim is to get the major parties to include CDS in their policies prior to the November election. 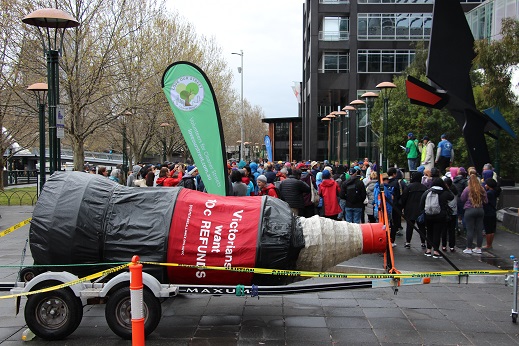 Early in August, Greens MP Nina Springle's private bill to introduce a Container Deposit Scheme (CDS) in Victoria was debated in the Upper House. Both the government and the coalition spokespeople declared they would not support the bill and neither put forward any amendments. The bill was then put to a division, which means, members voted whether to put the bill to a vote. This was rejected, at a count of 32 to 8, so the bill was put down before it could be defeated.

We are disappointed with the outcome of the debate of the third CDS bill in Victoria's parliament. Both major parties missed a chance to put forward amendments and neither mentioned the considerable funding opportunities this scheme presents to Victoria's community and charity groups, estimated to be $50 million AUD per year. The NSW scheme, despite its poor timeline, has collected over 685 million containers to date. We will keep up the pressure and are hopeful that the government keeps track of how NSW, the ACT and soon Queensland are going with their schemes and will present a CDS bill in the near future, mirroring the overwhelming 84% approval rate of Victorians for such a scheme. 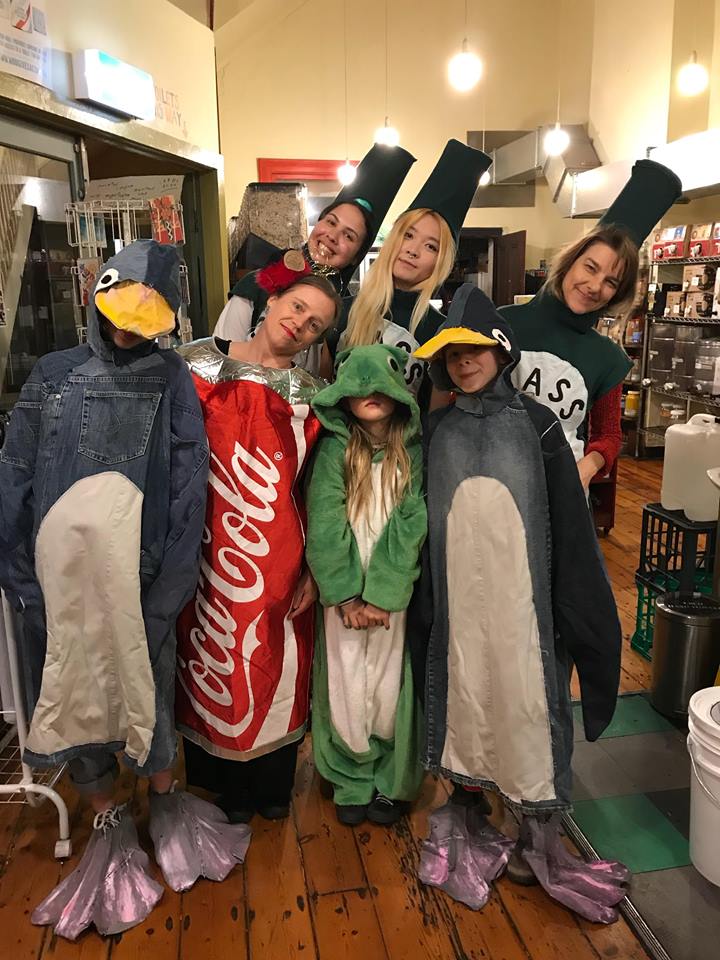 With the help of our allies at Friends of the Earth, we held a CDS forum in Collingwood in August. We had a fun costume parade, followed by discussions about campaign strategies. Main action was to help stage the largest clean-up Melbourne has ever seen, on September 15. In its first inauguration of what will hopefully become a regular event, the Melbourne City centre was treated to a Spring Clean with a difference yesterday, on World Clean Up Day. This event was a collective effort from several clean-up and conservation groups who are pushing for legislative action from the government in a bid to curb plastic pollution.

Over 300 volunteers descended on the CBD to pick up litter and return to a Southbank location where the litter was sorted into the main litter groups of single-use plastic items. In two hours, the city was cleansed of 2680 bottles and cans, 726 plastic straws, 1,530 coffee cups and lids, as well as 680 other drink cups and lids. Overall, 6,500 litres of litter were collected and drink containers that would be covered under a 10 cents container deposit scheme made up exactly A THIRD of the litter volume collected!

In the next few weeks, we will be sending an Open Letter, signed by all our supporting groups, calling for the leaders of all Victorian parties to support CDS. We will also run a targeted social media campaign, dispelling myths, providing facts and encouraging people to contact their MPs about CDS.