Boomerang Alliance’s Communities Taking Control pilot strategies based in Noosa and Wollongong were conceived as projects to reduce the single-use plastic footprint and achieve wide scale change within the entire community. 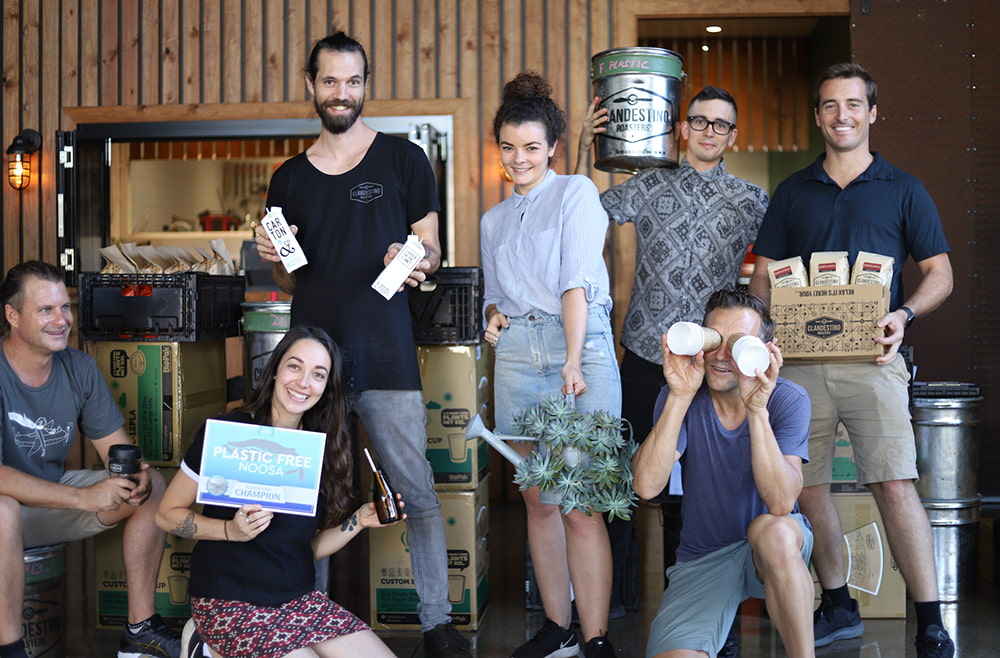 Launched in September 2017, Plastic Free Wollongong set out a courageous 70 per cent reduction goal of key single-use plastic items by 2020. And through dynamic engagement with the people and businesses of Wollongong via traditional media and social media channels, change is happening fast.

PFW is also rolling out 'Trash To Treasure' - a creative, educational competition targeting all 51 public primary schools in the Illawarra region to turn trash (plastic litter items) into treasure (artworks) in return for prizes. And while collaborating with councils to develop a single-use plastics policy for events and festivals, PFW has also partnered with the Yours and Owls Festival, one of the largest in Wollongong.

Up north in Noosa, similar progressive action is taking place. Launched five months ago with an equally bold target, Plastic Free Noosa strives to reduce single-use plastic packaging in Noosa by 50% by November 2018. And with over 60 business members taking action to eliminate at least one of the identified items, 15 have achieved 'Plastic Free Champions' status by eliminating all six!!

PFN have also been working with the Noosa Food & Wine Festival to eliminate single-use plastics at the event while additionally arranging for all the festival food and packaging to be commercially composted. This will then come back to Noosa to use for its green spaces, achieving a true circular economy.

With so much progress achieved in a tight duration, both PFN and PFW have peaked interest from afield.

Significantly, PFN is in the later developments with Byron Council stakeholders to implement a similar initiative with Plastic Free Byron scheduled to launch in early July. One of the first of many community and council partnerships to come with our burgeoning CTC programme.