ONE YEAR ON... RETURN AND EARN SUCCESS

December marked the one-year anniversary of the introduction of NSW's Return and Earn scheme. And clocking up over a billion containers returned in 12 months should be convincing evidence for the Victorian and Tasmanian governments to announce support for drink bottle and can refunds.
'The scheme is a tremendous success not only for recycling and litter reduction but for multiple charities earning income, the creation of over 500 new jobs and many tens of millions of dollars of private investment,' Boomerang Alliance director Jeff Angel said.
'Surely any government concerned about litter in our environment, iplastic pollution of the oceans, industry development and job creation, and creating valuable income sources for charities would get behind drink container refunds.  We hope that 2019 will see the whole of Australia covered by container refunds and the problem of beverage container litter become a thing of the past.' 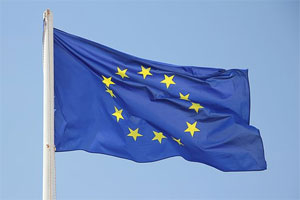 Once more proving the leading light in the war on plastic waste, the European Union has backed recommendations to ban single-use plastic items across 28 member states by 2021.
Back in October, the European Parliament overwhelmingly backed proposals, including an obligation to recycle 90 per cent of plastic bottles by 2025, with the onus to be placed on manufacturers and producers to cover the costs of waste management.
Under the plan, fishing nets, which are now a key pollutant in the Mediterranean Sea and Atlantic Ocean, would also have to be produced under strict sustainability criteria.
Once the ban is formally approved, countries will have two years to restrict the supply of single-use plastic products, which along with plastic straws, plates and cutlery will also include drink stirrers, cotton bud and balloon sticks, and polystyrene food and beverage containers.
Interestingly, 2019 has commenced with the announcement by the South Australian Government to consult with the public on the implementation of a single-use plastic ban.  More information on the proposal and the process for making submissions to the public consultation can be found on the Green Industries SA website: https://yoursay.sa.gov.au/decisions/single-use-plastic/about
We encourage our South Australian supporters to get behind the ban and encourage the South Australian Government to yet again, lead Australia on the path to becoming 'single-use-plastic-free'. 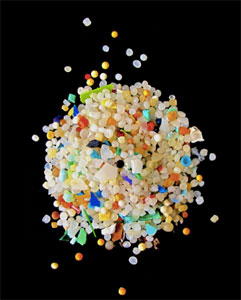 It's the discovery environmentalists have been predicting for years.
Long present in the physiological make-up of fish and birds, it was only a matter of time before microscopic pieces of plastic showed up in mammals, with humans being no exception.
Researchers at the Medical University of Vienna conducted a small study of three men and five women, aged 33 to 65, from seven different European countries and Japan. Participants kept a food diary for a week and then provided a stool sample for testing. And all stool samples tested positive for plastic.
While the sample size of the study was small, researchers have indicated that this is just the beginning.  A much larger global study is now being planned, to investigate the extent to which plastic is entering the human digestive system across the global population.
The health implications for humans are as yet unknown but experts anticipate potential implications for reproductive and lymphatics systems and the liver.

TOO GOOD TO BE TRUE 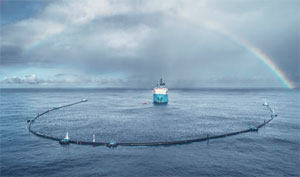 Launched in September amid much international fanfare, the Ocean Clean-Up system was heralded by some as the solution to the Great Ocean Garbage Patch floating between Hawaii and California. However, many environmentalists were sceptical, criticising the project's gargantuan $US20 million investment.
And they were right. Three months after launch, the system malfunctioned, breaking up in the high waves and ultimately collecting minimal plastic waste.
But creator Boyan Slat has maintained this voyage was a simple test run and a 'fix is in the works.'  We await the next phase with bated breath...