After Queensland successfully implemented a statewide Cash 4 Container scheme in November, with WA and ACT following closely behind, Victoria continues to be the only mainland territory refusing to budge on container legislation. 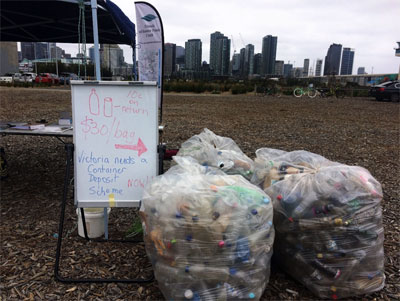 With 84 per cent of Victorians declaring their support for a scheme in the lead up to the November election, Boomerang Alliance issued an open letter to all political party leaders, seeking a promise to introduce a 10 cents refund scheme for drink containers

The letter was signed by 80 local, state and national groups and businesses, representing more than 100,000 Victorians and the results were published as a scorecard.

The message was clear - ALP and LNP/Nat refused to make a firm commitment. While not ruling out a scheme in the future, the major parties deflected the question, simply stating that they would continue to observe the impact of schemes being implemented in neighbouring states and evaluate the results.

So to increase the pressure, we created our campaign site encouraging Victorians to send an email to their respective MPs. We promoted this link in a concentrated social media campaign, together with the Plastic Free Victoria Alliance and other allies. Currently, nearly 500 emails have been sent. If you haven’t yet, please visit and ask your MP to act on CDS! 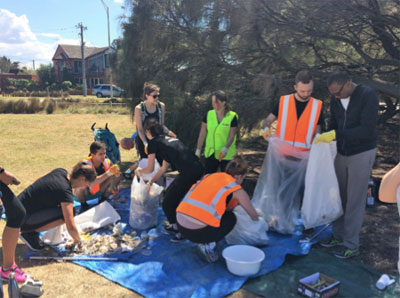 Going into the New Year and another four years of a Labor government, our tactic to bring CDS to Victoria is three-pronged strategy: to mobilise and build upon individuals, groups and local government support.

We are also working on a standard protocol to determine what percentage of out litter comes from beverage containers, which is not currently clear in existing national litter reporting.  Once we have agreed a robust methodology for gathering this data, we will encourage our allies to utilise it in all Victorian clean ups. We will then aim to deliver this data to the Department of Environment, Water, Land and Planning and ensure that it is presented at the Minister’s Plastic Pollution Reference Group.

There’s still so much to do, but rest assured, we won't give up the fight.