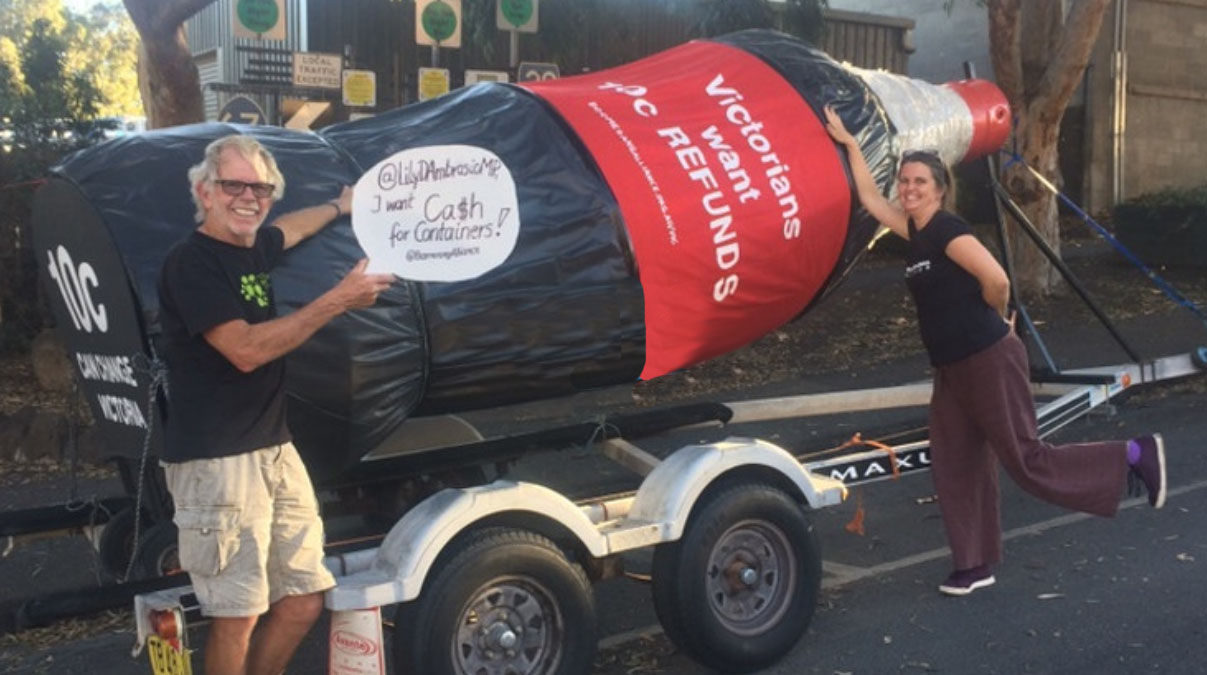 When the position of Waste Campaigner was advertised by the Total Environment Centre in early 2010, a friend encouraged me to apply. The job ad gave the option of working for 9 months full time or 12 months part time and Jeff Angel gave me the impression he thought the Cash for Containers (C4C) campaign would be won by then - we were that close. I chose the part-time option to suit my young family and the distance I needed to travel from Gosford. I was to spend one day a week researching organics recycling and two days a week working on the Cash for Containers campaign. 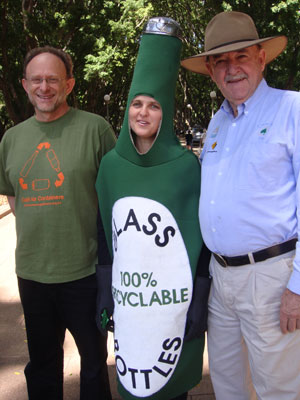 My background was in environmental education and also campaigning for an end to exploitation of outworkers in the clothing industry. By June 2010 I had decided to animate the C4C campaign and Bev the Bottle was born. Her first gig was chasing Peter Garrett the then Australian environment minister in Darwin who was at an environment ministers’ meeting. She went on to visit many a waste expo, festival, sustainability event, ocean care day, O week at universities and Green Week at Ultimo TAFE. We even wrote and performed a campaign theme song: 10 cents a bottle! Thousands of postcards and petitions were signed and sent to environment ministers.

Bev was joined by a giant coke bottle, another nine green bottle costumes, a cola can and briefly a Mt Landfill water bottle costume. In 2012 the NT introduced Cash for Containers. However, in 2013 the NT government lost to the big beverage companies in the Federal Court and the community was furious. This was a turning point for bottle refund campaigns around Australia and in 2016 NSW Premier Mike Baird announced NSW would get Container Deposit legislation - finally! One by one other states have followed and next year we will have the whole continent with cash for containers/container deposit- refund systems.

Since then we have rallied for plastic bag bans and finally in June this year NSW prohibited the lightweight shopping bag and began its roll out of single-use plastic bans - catching up with other states and territories.

It has been such a privilege and a lot of fun working with all the wonderful people, both paid and many more volunteers who have helped bring in these changes. I am leaving the Total Environment Centre and Boomerang Alliance after twelve years and will be continuing the work of educating for sustainability and zero waste in Central Coast schools, as well as working with the Department of Education Sustainability Team to encourage changes at a statewide level. 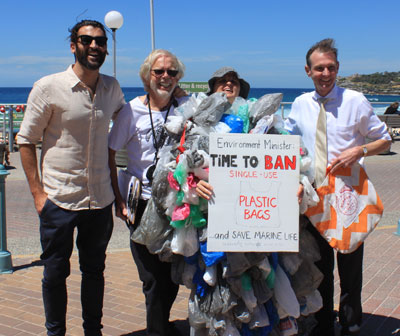 When I speak to students I tell them about the work of the community to reduce the litter and plastic pollution and that all their efforts to reduce waste will make a difference. I make sure they know that these changes didn’t just happen because governments thought it was a good idea. They happened because we kept pushing them and we made it happen.

I know that the Boomerang Alliance and all its wonderful allies and supporters will keep fighting for zero waste and an end to plastic pollution. The link between zero waste and zero emissions is made clear in a new report by GAIA which I highly recommend. The most powerful story I heard at the launch of this report was of the Zero Waste Ukraine team who have made sure that the 2 million refugees moving through Lviv have not used single-use plastic cups but have all been issued with re-usable cups for their nourishing hot drinks. Surely if they can do this in Ukraine - what are we doing here in Australia using disposable anything?

May the force be with you!

Back to December 2022 Newsletter page >>