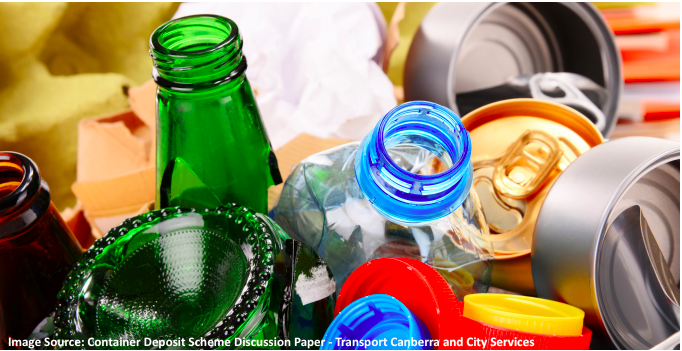 The ACT Government announced in September 2016 that they would introduce a Container Deposit Scheme (CDS) in early 2018 to reduce litter, recover eligible containers, increase the recycling rates of used beverage containers and help engage the community in active and positive recycling behaviours.

The scheme was officially launched on June 30th, 2018 and reported the collection of more than 450,000 containers in the first month of operation, equating to more than $45,000 in refunds paid out.

The ACT scheme is operated through a combination of Bag Drop and Go locations for returns of up to 500 containers, and Bulk Depots which can handle the return of more than 500 containers at a time. The return points are operated by charities including Vinnies, the Salvos and Anglicare, which benefit through the receipt of deposits donated by the ACT community, as well as driving increased shopper traffic to the charities’ stores and helping to increase sales revenue.

The scheme has also provided a great social enterprise model, providing employment opportunities for people with disabilities under the NDIS, through organisations such as LEAD and Sharing Places.

The materials being collected through the ACT CDS are also finding uses. Glass, plastics and other recyclables are being combined into a new road surfacing material called Reconophalt, which is being trialled in road projects around Canberra.