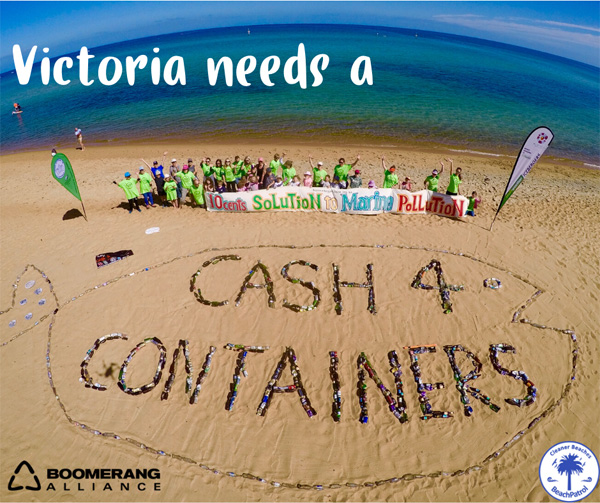 Thank you for supporting the introduction of a 10 cents refundable deposit on drink bottles and cans in VICTORIA.

Victoria is now the LAST state to commit to a container deposit scheme but can learn the lessons from other Australian states - and have the best CDS.  Cash for Containers has led to a significant increase in recycling rates in all states in which it's been implemented. NSW reports an increase from 35% to over 65% (June 2018, EPA NSW). The scheme is also going well in NT, the ACT and QLD. And of course, SA has had it for decades.

I support a modern, efficient, convenient and low-cost container deposit system. The social and economic benefits include more jobs in resource recovery and a new source of income for charities. CDS can also help with the recycling crisis, as it produces reliable streams of sorted, uncontaminated materials that are of higher value and can underpin a local recycling industry.

How effective it is, will depend on the design of the scheme, in particular: