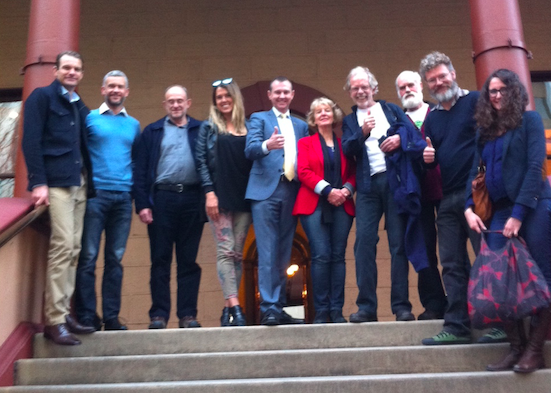 NSW Environment Minister, Mark Speakman, declared the State Government was committed to accepting the challenge and will discuss options at a further meeting of Environment ministers. Past experience shows is highly unlikely that the federal process will lead any effective resolution as all past efforts have failed, so the NSW Government will need to act.

In incredible timing, a video of a whale caught in plastic bag and seeking for help went viral just before the debate at the NSW Parliament. Last Tuesday, a group of men was returning from a fishing trip when they noticed a Southern right whale in the upper reaches of Sydney's Middle Harbour. One of them explained the whale “had a big scar on his back and had some fishing line and two plastic bags on his head”. The distressed whale swam alongside their boat allowing the men to remove the life-threatening bags from its head.

We estimate that at least 16.5 million plastic bags enter the litter stream in NSW every year. Discarded plastic bags are injuring and killing wildlife and need to be banned. An Omnipoll survey conducted in July by the Boomerang Alliance and Plastic Bag Free NSW revealed 64% of NSW residents support a total ban on single use plastic bags given out at supermarkets and stores. Where a ban is already in place as in SA and NT the support rises to 81%, demonstrating public acceptance once the measure is established.

We know it is community support that gets MPs to listen and to act, so we need your help, once again. Please send an email or call Mark Speakman and your local MP to ask them to do the right thing and support a ban on light weight plastic bags. And don't forget to thank Bruce Notley-Smith who is doing everything he can to win this debate.