New findings have discovered microplastic in humans for the first time. 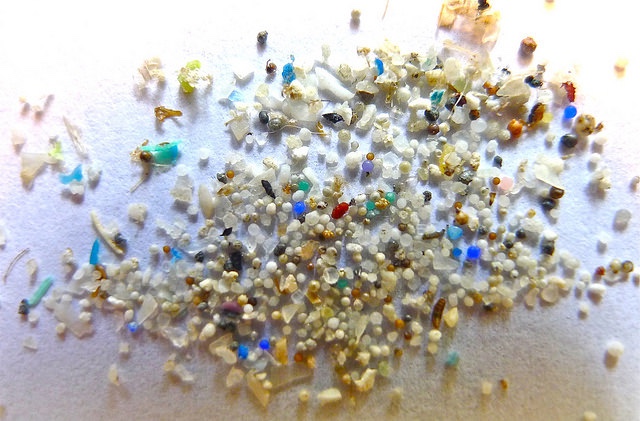 Conducted by scientists at the University of Austria and the Environment Agency Austria, the study monitored a group of participants from countries across the world including Finland, Italy, Japan, the Netherlands, Poland, Russia, the UK and Austria. All of their stool samples were found to contain microplastic particles.

Out of 10 varieties tested for, nine different plastics were identified in the human waste, with polypropylene and polyethylene terephthalate the most common.

Microplastics are small particles of plastic less than 5mm and are used in various products for specific purposes; as well as being created unintentionally by the breaking down of larger pieces of plastic through weathering, degradation, wear and tear.

Lead researcher Dr. Philipp Schwabl commented: 'This is the first study of its kind and confirms what we have long suspected, that plastics ultimately reach the human gut. Of particular concern is what this means to us, and especially patients with gastrointestinal diseases. While the highest plastic concentrations in animal studies have been found in the gut, the smallest microplastic particles are capable of entering the blood stream, lymphatic system and may even reach the liver. Now that we have first evidence for microplastics inside humans, we need further research to understand what this means for human health.'

While the health implications are yet to be fully realised and confirmed, scientific research by United European Gastroenterology, a professional non-profit organisation combining all the leading European societies concerned with digestive diseases, suggest microplastic may impact human health via the GI tract where it could affect the tolerance and immune response of the gut by bioaccumulation or aiding transmission of toxic chemicals and pathogens.

On these new findings, Boomerang Alliance Jeff Angel said: 'We don’t yet understand the full impact of microplastics on marine ecosystems and the potential for longer term risks to human health but there is an emerging body of science demonstrating that the chemicals that accumulate in these plastics enters our food chain, with one scientist estimating 'that people who consume average amounts of seafood are ingesting approximately 11,000 particles of plastic every year'.